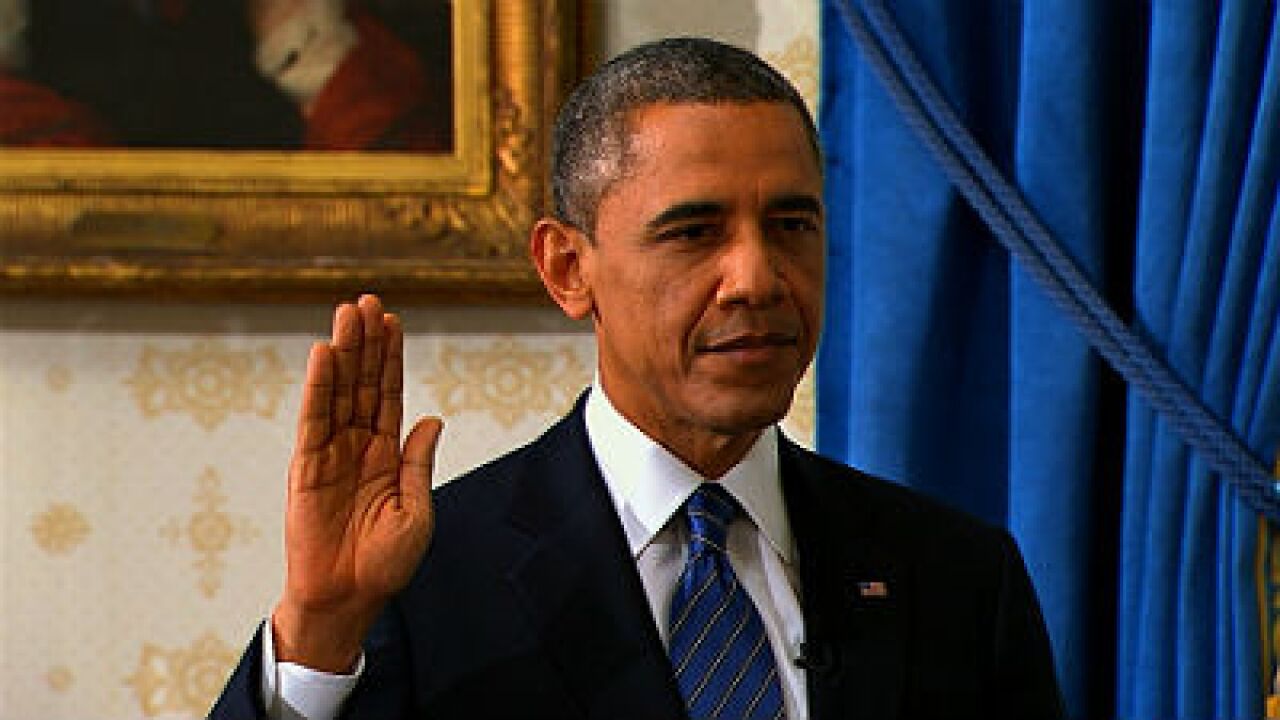 WASHINGTON (CNN) – President Barack Obama got a second term from voters and another chance with Chief Justice John Roberts.

After flubbing the oath in 2009, Obama and the Supreme Court’s top jurist performed the honor flawlessly at the White House on Sunday at the official swearing in for the Democrat’s second term.

They will do it again on Monday at the Capitol before a crowd of up to 800,000 people.

The Constitution mandates that U.S. presidents be sworn in on January 20. Because that fell on a Sunday this year, the public ceremony was scheduled for Monday at noon.

The dual events this time were due to a confluence of law and pomp. That was not the case four years ago when Obama and Roberts also performed the honor twice.

During that inaugural, Obama and Roberts fumbled the oath before 1.8 million people.

It all started when Roberts recited a seven-word phrase, but Obama broke in halfway through and repeated the first three words.

That seemed to throw Roberts off, and he proceeded to mix up the order of the words in the next phrase.

CNN Senior Legal Analyst Jeffrey Toobin reported in his recent book, “The Oath,” that Roberts is known for his “superb memory” and had obsessively practiced reciting the words at home for weeks.

Government sources told CNN and Toobin that Roberts and his staff also e-mailed their own copy of the oath to inauguration organizers weeks earlier.

Slash marks were clearly indicated to illustrate how the phrases would be divided and where Roberts would pause, to ensure the president-elect would be on the same page.

No one is sure why it happened, but “the oath card never reached anyone on Barack Obama’s staff,” Toobin wrote.

They were concerned enough about the small stumble in the sequencing of words on the inaugural platform that Obama and Roberts went through it again the next day in private in the White House Map Room – just to make sure they were square with the Constitution.

Back at the White House four years later, it all went off without a glitch just before noon on Sunday.

With Roberts waiting in the Blue Room, Obama strode in before a small gathering. He placed his left hand on a Bible belonging to his wife’s family and raised his right hand.

Roberts had the card with him and the slash marks identifying where he would pause were clearly visible.

It all took less than a minute to get through the 35-word oath.

Obama hugged his wife and daughters, exclaiming: “I did it!”