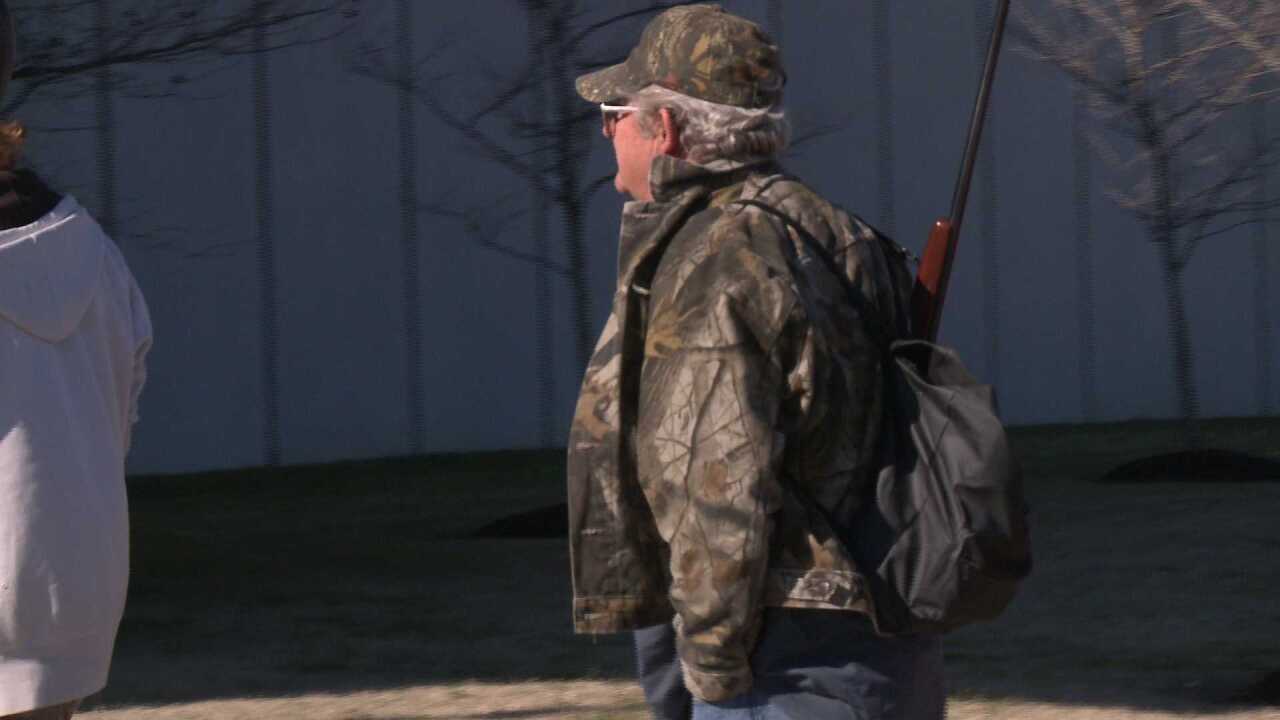 A huge crowd turned out for Saturday’s gun show in Hampton.
It was held inside the Hampton Roads Convention Center.

Long lines of people waited to get inside and both young and old were proud to carry a gun.

Many gun owners at the event stood by their second amendment right to bear arms and didn’t see a reason why the government should ever restrict that.

“I don’t really see the point in them taking them away because from what I’ve seen everyone that doesn’t have guns has higher crimes. That’s just my point of view, ” said Johnathan Price.

People there also said they learned more about how to handle a gun and were able to buy some weapons that aren’t typically sold by retailers.