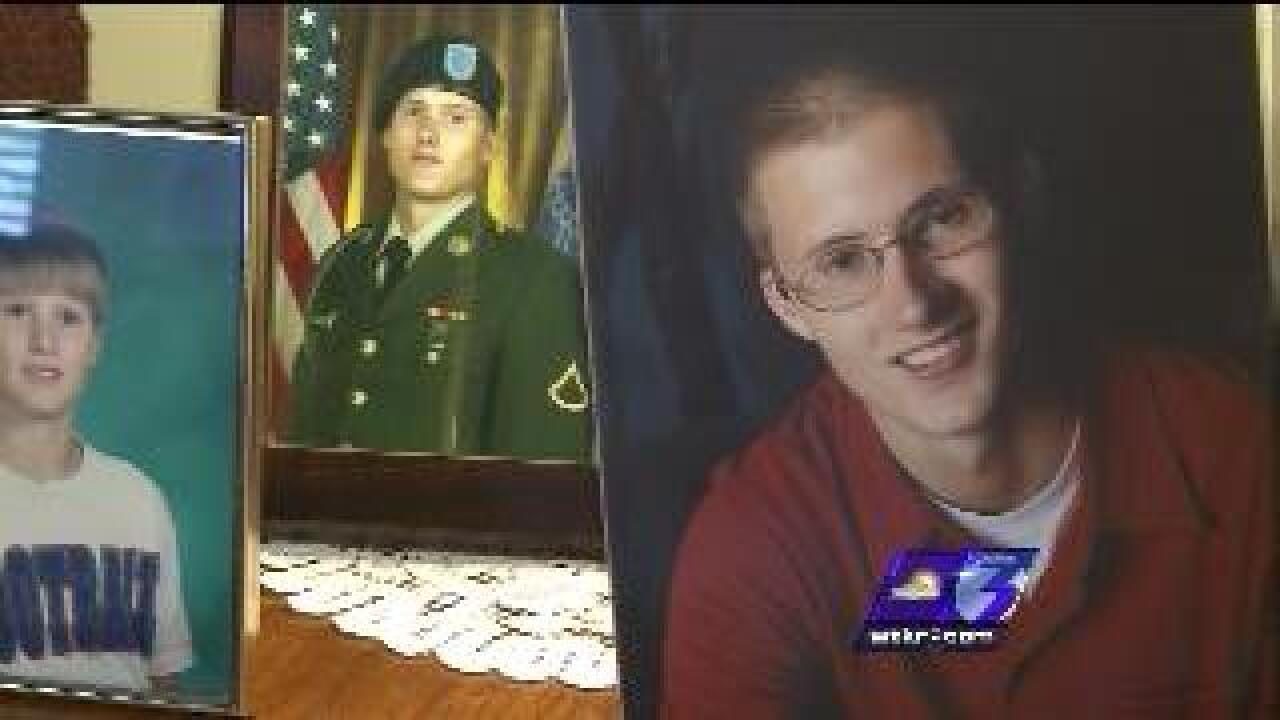 Sgt. David Chambers warned his Hampton family that he was serving in a particularly violent area of Afghanistan, but his mother's fears were calmed a bit when she got a Facebook message from him early this week.

Sadly, that would be the last time she would ever hear from her son.  Wednesday, chaplains came to their Hampton home.

"I was in the den and when I opened the door, and I saw them, I said is Dave okay?" Chambers recalled.  "And he said no, he's been killed."

The Department of Defense said Chambers died Wednesday in Afghanistan.  He was just 25 years old.

"The army said they were on an unmounted patrol and they hit an IED and Dave was killed," she recalled.  "And they took him to Kandahar, but they couldn't save him.  He died, and he's on his way home for good."

Chambers graduated from Kecoughtan High School in 2005.  He went to a few colleges in Virginia, but he couldn't fight his desire to serve his country.  He enlisted in 2009.

"When he joined the Army I didn't want him to, but he did," she said.

The family got their first scare in 2011 during his first tour of duty in Afghanistan.  An IED hit his transport vehicle.  Injuries to his eardrums and collar-bone earned him a Purple Heart, but that didn't stop Chambers from re-enlisting.

"Just last month, he reenlisted for four years, and that scared me to death" his mother said.

"Seeing him re-enlist like that means that he thought he had a bright future in the military and I believe he would have made it a long way," said his father, Michael Chambers.