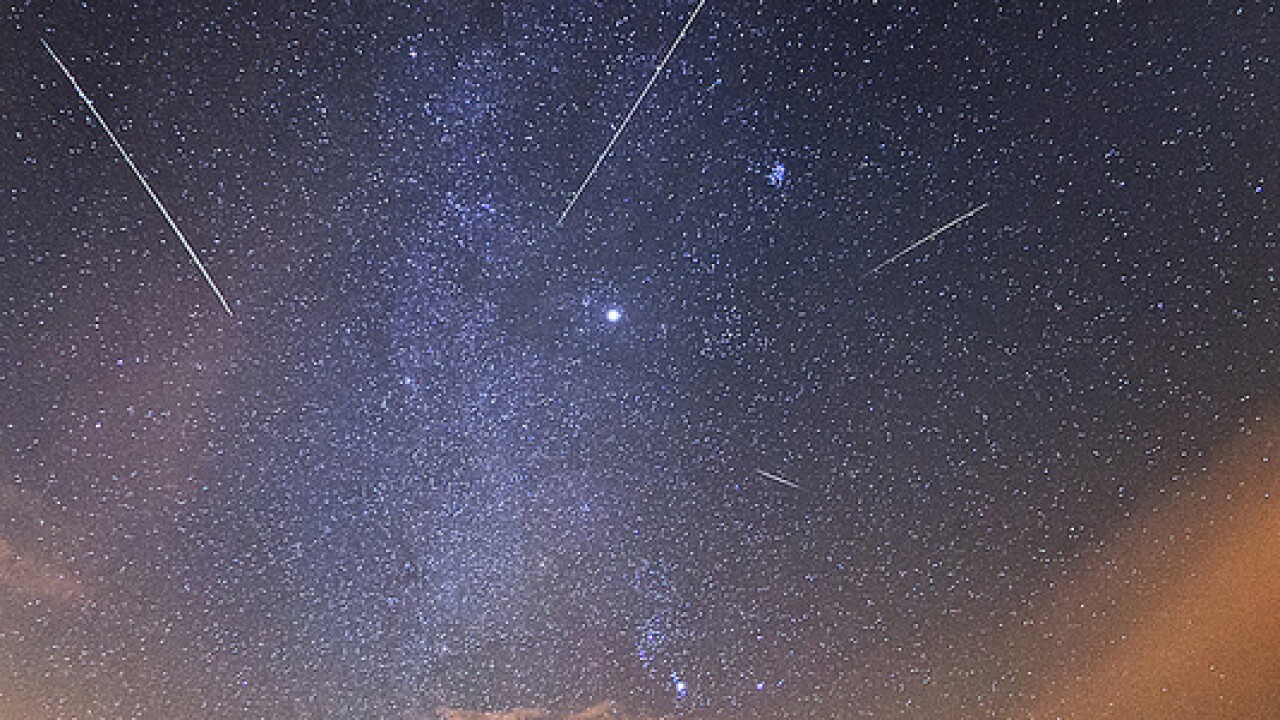 (CNN) — Skywatchers will be setting their alarm clocks for the early morning hours Thursday when the annual Quadrantid meteor shower peaks.

This year’s show in the sky may not produce as many highlights for some viewers because of light from the moon, NASA said in a statement.

Meteor watchers can expect to see 60 to 200 meteors an hour streak across the sky, NASA said.

Bill Cooke, the head of NASA’s Meteoroid Environment Office, said by e-mail that the shooting stars would be visible after about 11 p.m. in each time zone in the United States, with the best viewing time from 3 a.m. until dawn.

The Quadrantids were first noted in 1825 and got their name from the constellation of Quadrans Muralis, which is no longer considered a constellation by astronomers, according to NASA.

The material that is burning up in Earth’s atmosphere during the Quadrantids likely comes from a comet that broke into fragments centuries ago, NASA says.

“After hundreds of years orbiting the sun, they will enter our atmosphere at 90,000 mph, burning up 50 miles above Earth’s surface,” NASA said.

The space agency said observers at latitudes north of 51 degrees south should be able to see the meteor shower.

NASA and Ustream will have a webcast from Wednesday through Friday with one view of the meteor shower. The camera is mounted in Huntsville, Alabama, at the Marshall Space Flight Center.