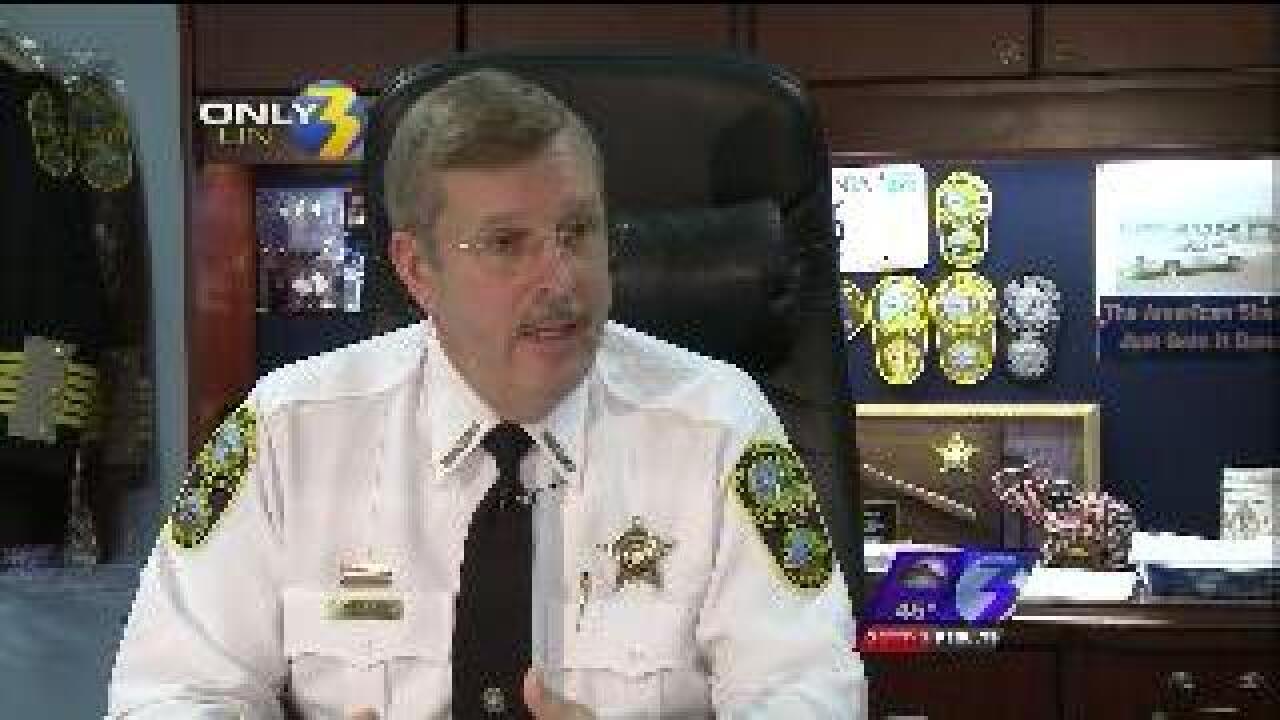 The York County-Poquoson Sheriff is giving his 3 cents after a former AutoZone employee stopped the Fake Beard Bandit in his county.

Even the sheriff is calling Devin Mclean a hero.

“Devin was a brave young man,” he says.

“I mean, two people with guns, no shots fired and a robbery adverted is a good ending,” says Sheriff J.D. Diggs.

But not for Devin after AutoZone fired the Air Force veteran

While the AutoZone in York County was being robbed by the Fake Beard Bandit, Devin went to his car, got his gun and came back to confront the robber.

“I thought what a shame this guy has really gone above and beyond. I mean what else could you ask an employee to do for you?” says Diggs.

The sheriff is among thousands who believe AutoZone should review that policy.

Daniel posted on NewsChannel3's Facebook page: "The employee was not breaking company policy until he feared for his own, and his manager’s safety. At that point, he left the store in order to save his boss' life."

On wtkr.com Doug wrote, "Shame on you for sticking to a corporate policy instead of making exceptions for heroic actions like this one."

“Would he be wrong by not doing anything by taking no action? No, that’s an acceptable approach. I think that’s what AutoZone doesn't understand. There’s more than one right answer,” says Diggs.

He's even planning to honor Devin for taking action against this serial robber responsible for more than 30 robberies on the Peninsula over the last year.

“We plan on giving him an award, you know, a Sheriff's Citizens Accommodation Award. We do that occasionally when a citizen does something above and beyond, and I think he stepped up,” says Diggs.