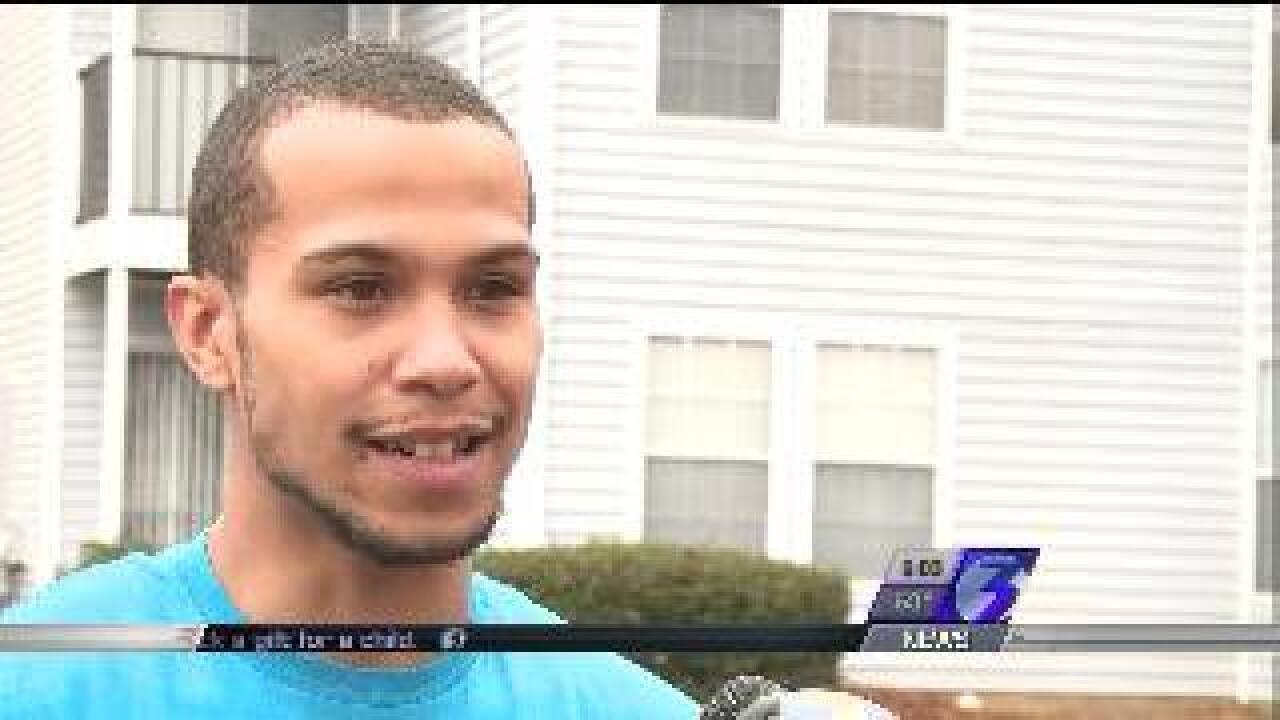 York County, Va. - Job offers, money, even a trip to New York have been offered to Devin Mclean after he scared off a robber at AutoZone.

While he appreciates all of the attention, Devin still needs a job.

“All of the attention I’m getting from everybody is uplifting my spirits,” says McLean.

Thousands of people are showing their support for him.

“AutoZone's way of saying thank you, 'Hey, you're going to be fired' - it kind of made me feel sketchy about what I did after all of this support, it makes me feel good. It lets me know I did the right thing, " says McLean.

While his store manager was being held at gunpoint, the Air Force veteran ran outside to get his gun.

That scared off the Fake Beard Bandit who is suspected in more than 30 robberies on the Peninsula.

“The initial training for the military instilled those core values. One is service before self, that kind of played a role in it, it kind of put my own life on the backburner for another man's life,” says Mclean.

Now he's humbled by the hundreds calling him a hero.

“I think anyone put into that situation would react the same way,” says Mclean.

AutoZone’s Facebook page is filled with comments about Devin.

The company tells NewsChannel 3 Devin will not be rehired because of a zero tolerance policy for weapons inside stores.

“Working for AutoZone, I don't think I could do it anymore looking at their morals and their values, obviously they are not valuing someone’s life,” says Mclean.

Out of work for more than a week, Devin is picking up odd jobs to provide for his soon-to-be growing family.