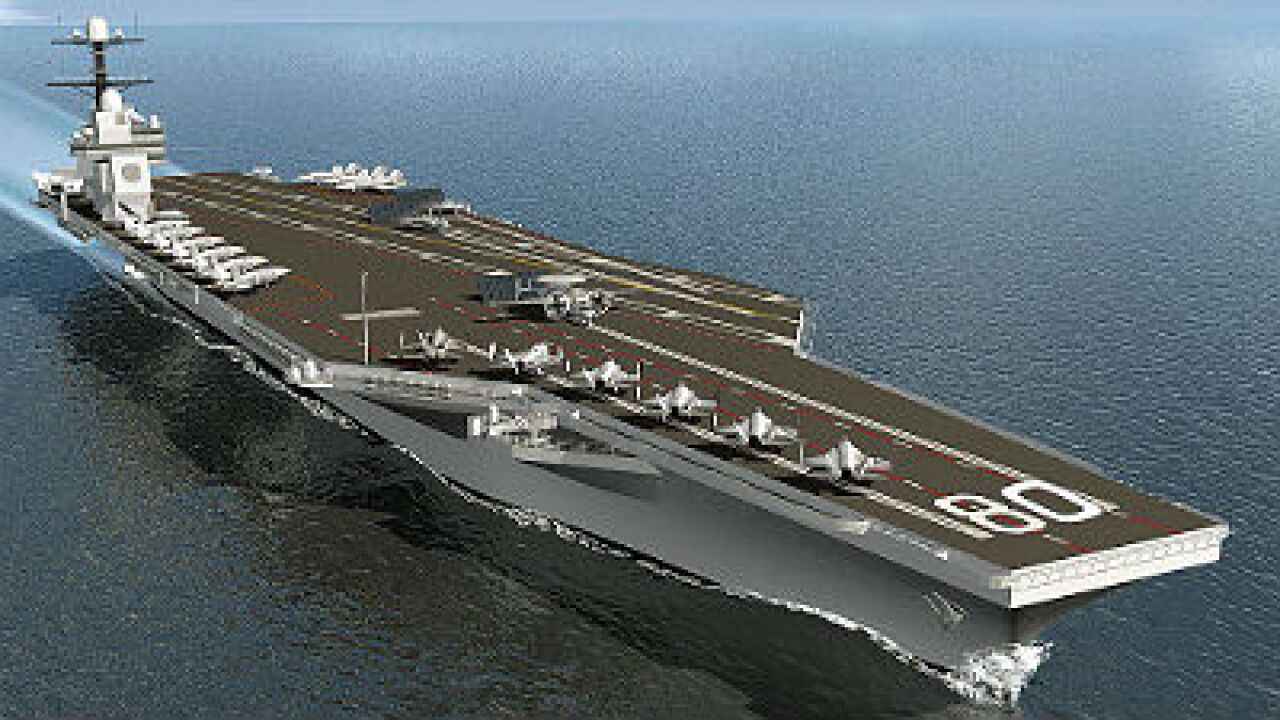 Navy Secretary Ray Mabus announced at the USS Enterprise’s inactivation ceremony today that the next carrier to be built will be named Enterprise.

“The USS Enterprise was the first of its kind, and for 51 years its name has been synonymous with boldness, readiness and an adventurous spirit,” said Mabus. “Rarely has our fleet been without a ship bearing the name. I chose to maintain this tradition not solely because of the legacy it invokes, but because the remarkable work of the name Enterprise is not done.”

The future USS Enterprise, designated CVN 80, will be the ninth ship to bear the name.

The Gerald R. Ford-class aircraft carriers will be 1,092 feet in length and have a beam of 134 feet. The flight deck will be 256 feet wide, and the ship will be able to operate at speeds in excess of 34 knots.

Enterprise will be built by Huntington Ingalls Industries-Newport News Shipbuilding in Newport News.

Click here to see more of NewsChannel 3′s coverage of the USS Enterprise.