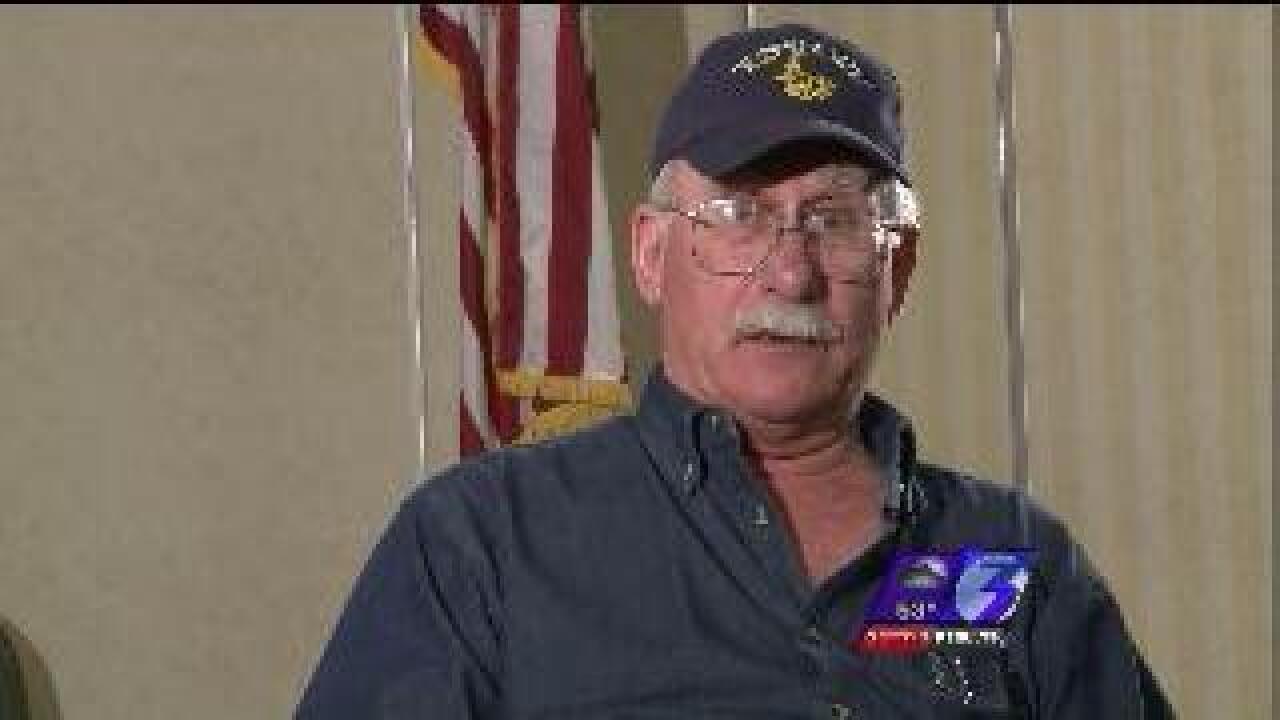 Among the veterans attending the USS Enterprise inactivation ceremony will be crewmembers from 1969.

Together they survived a fire that nearly sank the ship and five of them sat down with investigator Mike Mather to share their story.

When the Enterprise was built a half-century ago, it was the world's mightiest warship. Powered by nuclear reactors and crewed by youngsters, it was the pride of a modern Navy. And to many who have returned this weekend for her farewell, it was in every sense a home.

See NewsChannel 3's full coverage of the inactivation of the USS Enterprise here.

Hot exhaust from a machine on the deck detonated a jet's missile.

“I heard a big explosion. I was on the ladder, I turned, and there was a ball of fire,” says one of the survivors.

“Jet fuel had run down into compartments. You could hear men screaming to death down there,” remembered another survivor.

“I seen bodies disintegrate in front of me. Then hot bullets started shooting. Shrapnel raked the sailors and damaged fire hoses.”

Other Navy ships pulled alongside where sailors tried something they weren't trained to do. They straddled the big guns while holding fire hoses, and arced water onto the much taller carrier.

“That guy saved our bacon, that's for sure. Because we did not have the capacity to put those flames out alone.”

The sailors saved the Enterprise, barely. The official toll lists 28 sailors dead, although these men say the real count was in the hundreds. For years, many of the fire survivors kept the horrors of what happened deep inside. And like the fire itself, it consumed them.

Alex Svincov says he drank too much. Counselors told him he had to open up.

Over the years, they've found the perfect people to listen. Each other. The fire survivors reunite regularly to talk of the good times and the bad, with the only men who truly understand.

As awful as it was, the fire forged bonds that have lasted a lifetime.

These men say they had other Navy assignments, served on other ships, but nothing gave them the feeling of family they had on the Enterprise. And now it's time to say goodbye. They are together once again to bid farewell to a ship that made them the men they are.

“You go to a funeral to celebrate life, really. I am coming here to celebrate the life of the Enterprise, and put her to rest also.”

“The only thing I could say is, I could salute it, and say rest in peace. I enjoyed my duty with you.”