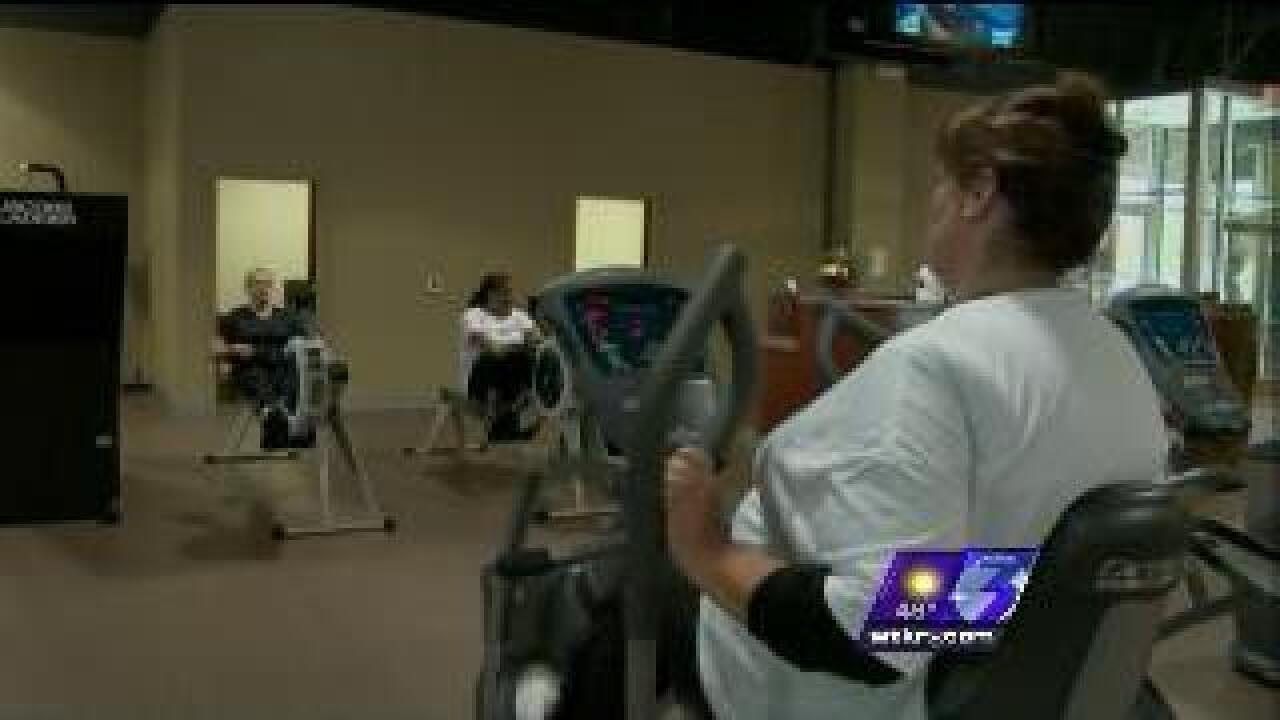 Gym memberships usually soar in January, after waistlines expand during the holidays.

But one new gym in Dallas is particularly exclusive.

It only lets in people who need to lose weight.

This Dallas gym doesn't cater to the fit, but proudly to the fat.

Before anyone steps inside "Downsize Fitness," they must step on the scale.

This gym is only for the obese, those who need to drop at least 50 pounds.

The owners realized fitness clubs often scare away the people who need the most help.

“I've looked at a gym before, but never actually joined, never felt comfortable working out with skinny people,” says one mother of two.

But at this gym, she felt comfortable.

The equipment is designed for the big.

Even the trainers are relatable.

Krisanne Hale has practiced what she now preaches.

"I lost 115 pounds in about a year and I just know how it feels, I know how your joints feel," says Hale.

This gym is one of only three across the country.

The owners figured Texas was a ripe market.

Dallas is one of the cities that has the largest population of obese people and with that there's a lot of health risks that come with it.

Irwin has already lost ten pounds and is now working out consistently for the first time in her life.

She’s feeling at ease, among those whose heaviest weight is in the mind.