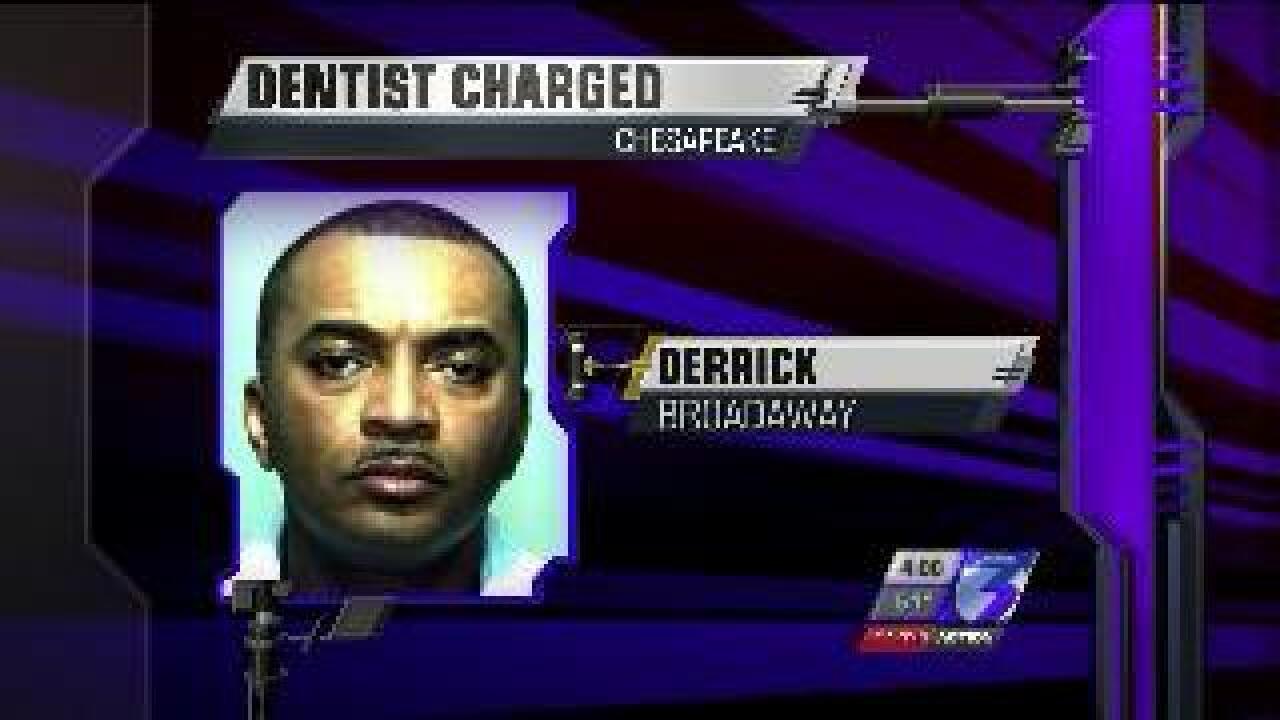 Chesapeake, Va. - The Chesapeake dentist NewsChannel 3 has been investigating all week turned himself in to Chesapeake police this afternoon after they issued warrants for his arrest on four felony bad checks charges.

Derrick Broadaway, of Broadaway Family Dentistry in Chesapeake and Virginia Beach, had no comment for NewsChannel 3 Friday afternoon moments after being released on a personal recognizance bond.

The charges stem from former employees Andrea Ross and Sharon Cobb, who quit working for Broadaway after their checks began to bounce.  NewsChannel 3 began investigating Broadaway on the bad checks claims, and discovered he has been reprimanded several times by the Virginia Board of Dentistry for questionable dental work.

Most recently, Broadaway was placed on a stayed indefinite suspension, suspended for 60 days and fined $20,000, following work done on Rosemary Rogers.

"It turns out they had not the endodontic treatment correctly and they put a crown over the bad treatment and they put the crown on wrong, too,  so it didn't even fit," Rogers said.

NewsChannel 3 has also learned Broadaway is facing three medical malpractice lawsuits totaling $3 million.  One former patient claimed he left "drill bits" in a tooth. Another said she was "disfigured" and "permanently injured".