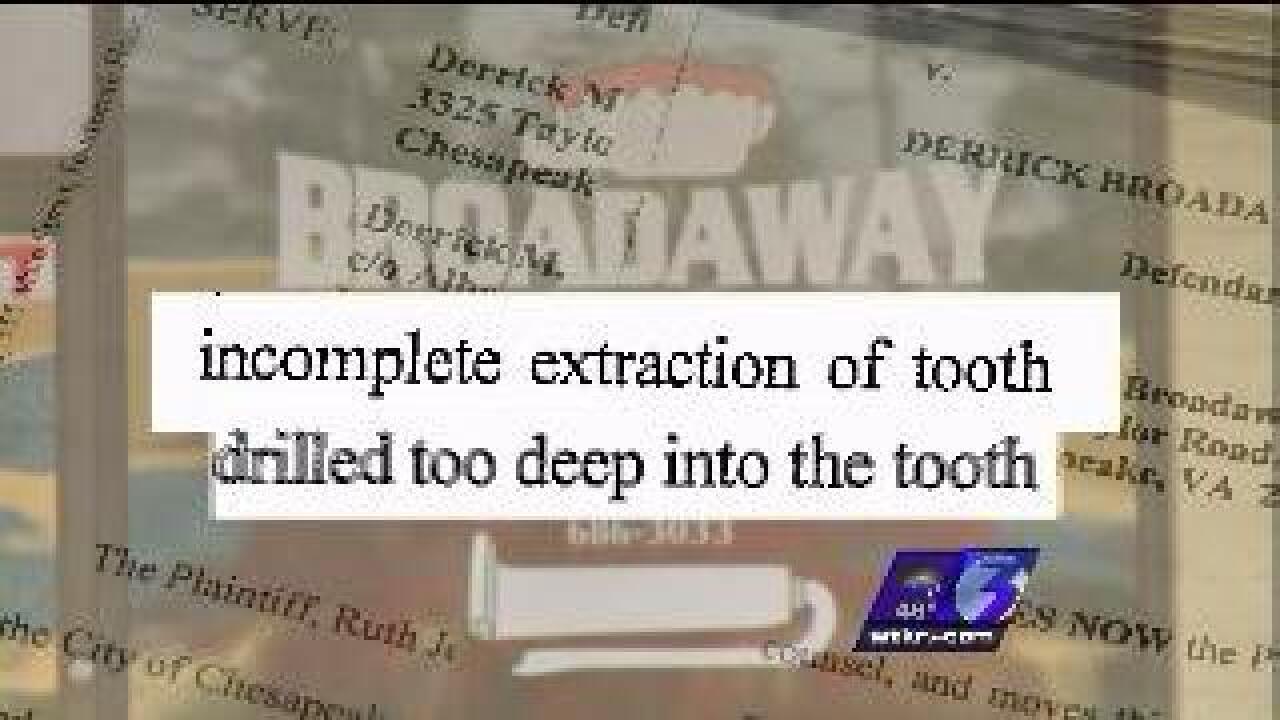 One former patient claimed he "left a drill inside a tooth while performing a root canal" and did not tell the patient. Another said she has been "disfigured" and is "permanently injured" by dental implants Broadaway installed.

Meanwhile, Broadaway is on the heels of a $20,000 fine from the Virginia Board of Dentistry and a 60 day suspension of his license that ended in August. The sanctions, according to public records are for Broadaway's questionable dental work. In August, his paychecks to employees kept bouncing. NewsChannel 3 confronted him about it Monday.

"Why doesn't he feel the need to pay me?" asked former employee Andrea Ross, who said Broadaway owes her $3,800.

According to the Board of dentistry's records, Broadaway has had problems dating back to 1998. Over the years, the board found that Broadaway performed "incomplete extractions of teeth." Records say he "drilled too deep into a tooth" causing the patient to have a root canal. Documents also say Broadaway billed a patient's dental insurance for work he never did.

However, the board is allowing him to stay in business under a stayed indefinite suspension, as long as he meets certain guidelines.

Broadaway has met several of the stipulations that could lead the board to revoke his license, but they have not.

All of Broadaway's malpractice lawsuits go to trial next year.

Broadaway Board of Dentistry Document