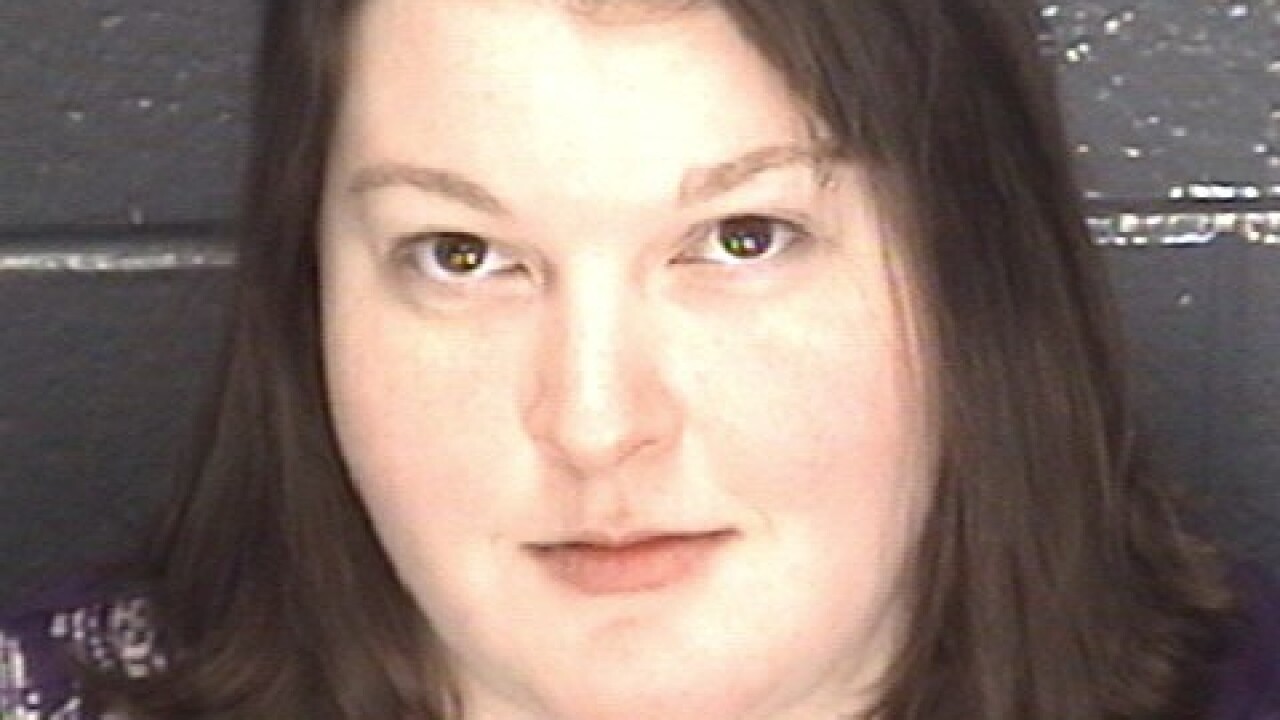 UPDATE: Elizabeth Coast, who admitted making up claims that she was sexually assaulted by Jonathan Montgomery, was arrested on Friday on one count of perjury. Coast had been working for the Hampton Police Department as a civilian clerk and resigned effective immediately after her arrest.

David Montgomery thought his son Jonathan was going to be a free man Friday afternoon.

This was after a Hampton judge cleared him of sex charges after his accuser admitted she made the whole story up.

Instead, Jonathan Montgomery remains locked up at the Greensville Correctional Facility after the Virginia Attorney General's Office blocked his release.

In 2007, a woman came forward accusing Jonathan Montgomery of taking advantage of her seven years earlier in 2000 when she was just 10 years old and Montgomery was 14.

He was sentenced to forty-five years with all but seven and a half years suspended.

On October 31, 2012 Chief Deputy Hampton Public Defender Ben Pavek was able to deliver good news to the family: Montgomery's accuser had recanted her story and admitted she made the whole thing up.

"I thought that was the attorney calling me to tell me [Jonathan] died, so when he said she had recanted her story, I had to do a 180," explained Montgomery's mother Mishia Woodruff.

"When he first told me, I can't repeat on television what came out of my mouth," said father David Montgomery.

The family made plans to travel to Hampton Friday to be with their son in Circuit Court.

Woodruff and her daughter drove 16 hours Thursday from Panama City, Florida and David Montgomery and his wife Greta made the trip up from North Carolina.

In court, the family listened as the charges were dismissed against Jonathan Montgomery, his step-mother Greta describing it as "so quiet you could hear a pin drop."

"It showed we've been right all along. We knew he was innocent, so this just wraps it up and let's everyone know he's innocent," Woodruff said.

After the hearing, Jonathan was then transfered back to the Greensville Correctional Facility in Jarratt, Virginia to be processed out, arriving around 1:00pm Friday afternoon.

When Montgomery's family arrived at the Greensville Correctional Facility they were told by administration that processing and paperwork took time and that Jonathan might not be released on Friday.

The family and a NewsChannel 3 crew in the parking lot were then told that they had to leave the property.

Minutes later, the Montgomery family was brought back to meet with the warden, who assured the family the release was being expedited.

"I honestly do believe that you guys being here has helped because what I shouted when they ordered us both off the property was 'That's fine, we will let the whole world know you are keeping an innocent man behind bars for another night,'" explained David Montgomery.

Later, during an interview with NewsChannel 3 outside the Greensville Correctional Facility, the warden called the Montgomery family to let them know Jonathan should be released within an hour.

Elated, the family returned to the prison to wait for Jonathan Montgomery's release, only to be told an hour later that he would not be released at all on Friday and that the Virginia Attorney General's Office was blocking the release.

Montgomery's public defender, Ben Pavek, tells NewsChannel 3 that he plans to go before a Circuit Court judge on Tuesday morning to have the Attorney General's Office show just cause for blocking the release of Jonathan Montgomery.

"This is a terrible tragedy, and the attorney general is very concerned about it, however, it was not within the jurisdiction of the judge issuing the release order to issue it, therefore, Virginia law will not allow the release.  Most likely, Mr. Montgomery's attorney will have to petition the Virginia Court of Appeals for a writ of actual innocence to be released.

As you know from three previous actual innocence cases we've seen in the past couple of years, Attorney General Cuccinelli has worked vigorously on the side of the innocent to expedite their release.  That's why the attorney general will not oppose this writ and, in fact, will work with Mr. Montgomery's attorney and the courts to expedite this release any way he can."

Stay with NewsChannel 3 on-air and online for more on this developing story.