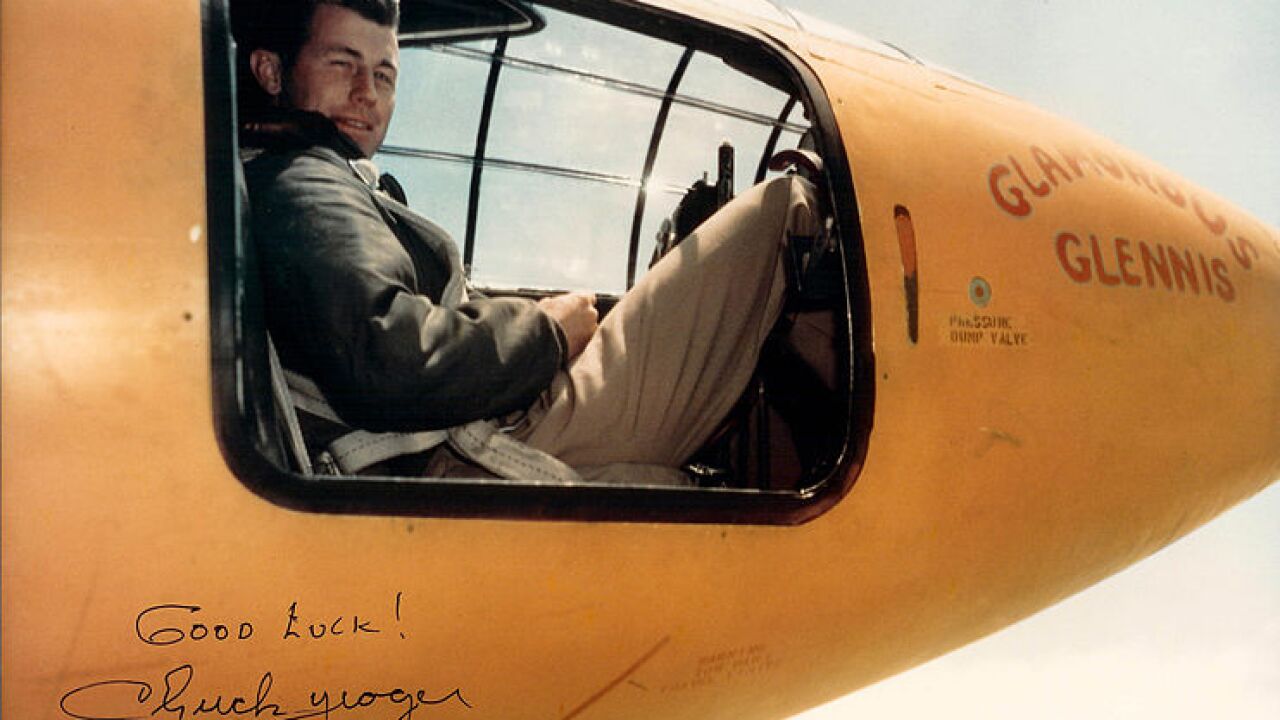 (CNN) – Chuck Yeager retraced history on Sunday — 65 years to the minute — as the first test pilot to break the sound barrier, taking to the skies once again to fly faster than the speed of sound.

Yeager, flying in the F-15 with an Air Force captain, told CNN late Sunday that he hit Mach 1.3 and “laid down a pretty good sonic boom over Edwards” Air Force Base.

Yeager’s re-enactment of his historic flight came the same day that Austrian Felix Baumgartner became the first person to break the sound barrier as a skydiver, jumping from a balloon at the edge of space to make the 23 mile journey.

While Yeager’s sound-breaking flight was news in military and aircraft manufacturing circles, his popularity soared when Tom Wolfe detailed Yeager’s flight in the book “The Right Stuff” and its subsequent film adaptation.

Today, fighter jets can easily break the speed of sound. In fact, Yeager’s flight Sunday did it at an altitude of about 33,000 feet, according to a statement provided by the Air Force.

But in 1947, the golden age of flight, Yeager was dropped in an experimental rocket-propelled Bell X1 jet from a B-29 bomber at an altitude of 45,000 feet.

“It took the British, French and the Soviet Union another five years to find out that trick. It gave us a quantum jump” in aviation advancement, he said.

On Sunday, Yeager took off from Nellis Air Force Base near Las Vegas in the second seat — the one behind the pilot, though he said he was flying the F-15 when it broke the speed of sound over Edwards.

“We had to keep it below Mach 1.4. If you want to go Mach 2, you start breaking glasses and cracking roofs,” he said.

His final aerial move, he told CNN, was a fly-by — buzzing the tower — at Nellis.