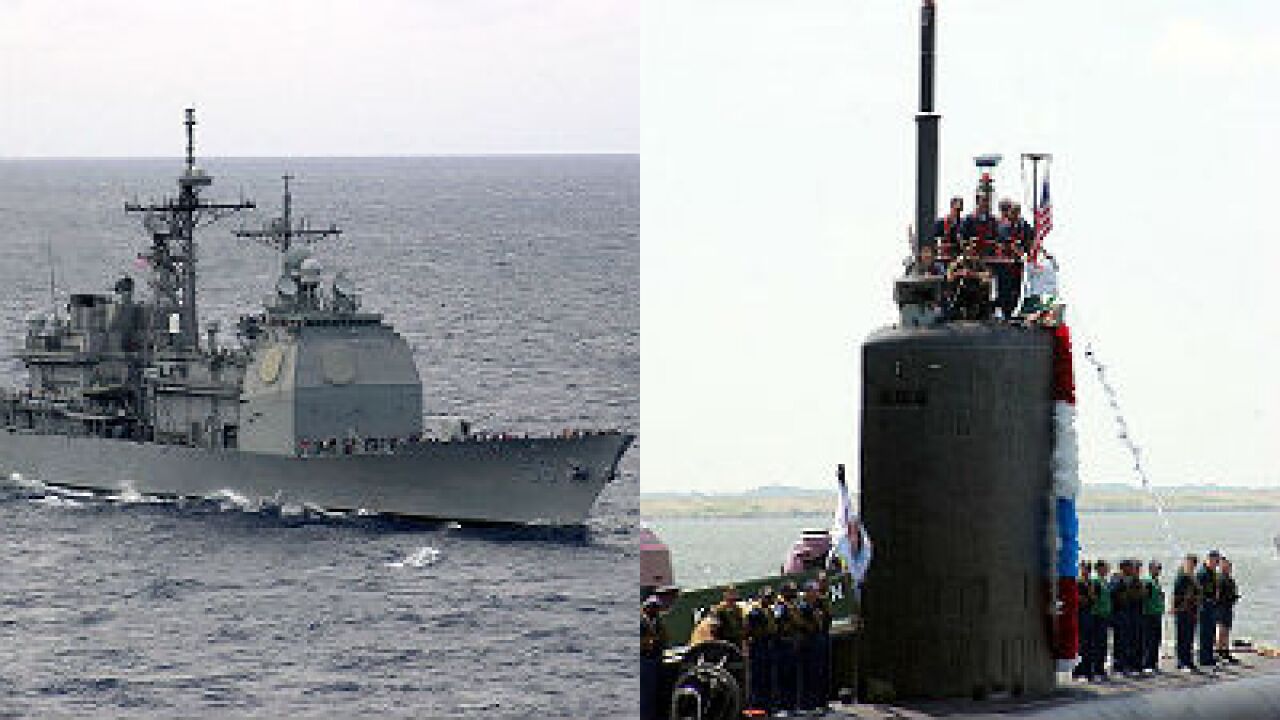 The USS San Jacinto and the USS Montpelier

Norfolk, Va. – A Navy submarine and an Aegis cruiser collided off the east coast Saturday afternoon. Both are based in Norfolk.

The collision between the Los Angeles-class submarine USS Montpelier and the USS San Jacinto occurred at approximately 3:30 p.m. according to U.S. Fleet Forces Command.

No personnel aboard either vessel were injured.

Overall damage to both ships is being evaluated. The Navy says the propulsion plant of the submarine was unaffected by this collision.

Both ships are currently operating under their own power.

The incident is currently under investigation by the Navy.

Both the submarine and the ship were conducting routine training at the
time of the accident.