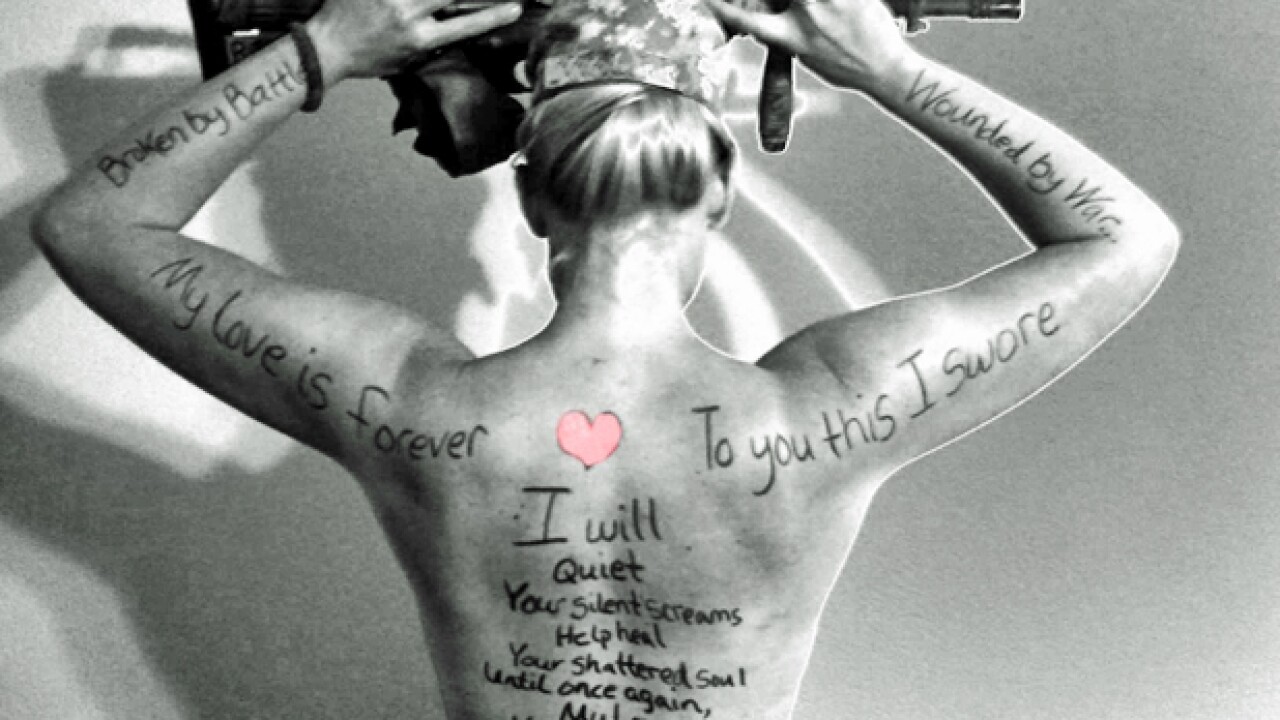 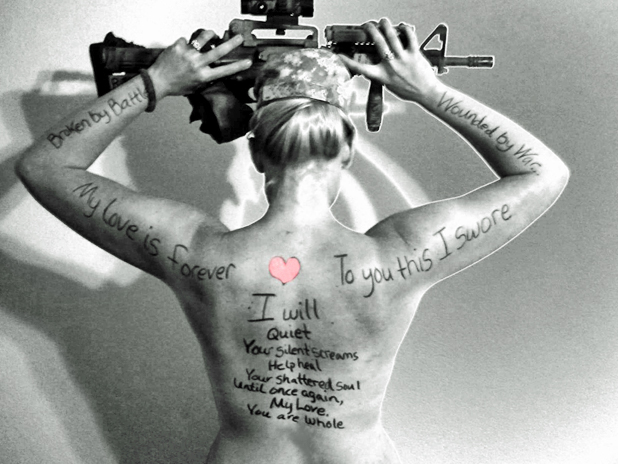 (CNN) – A military wife says she’s using her body to help save lives. And she’s not the only one.

Ashley Wise and hundreds of other women are going topless on Facebook to bring attention to PTSD, a condition they say is crippling their husbands returning from war.

It all started with just one picture and a Facebook post. In a matter of months, it has grown to hundreds of pictures as women from around the world take off their tops to “Battle Bare.”

At a photo shoot for this story, Ware used eyeliner to bring attention to more than just her eyes. She was using it to pen the “Battling Bare” pledge on the back of army wife Jennifer Brown. The photo was then used on the Facebook page for Wise’s group.

“This is a pledge that you’re making for your spouse that, in my opinion, is just as important as marriage vows,” Wise said.

Wise said she came up with the pledge to “Battle Bare” out of desperation, which she said grew as she tried to get help PTSD treatment her husband at Fort Campbell.

“I felt like streaking the general’s lawn, because then maybe a naked woman would get attention wouldn’t get swept under the rug.” Wise said. “I decided to, instead, do a photo campaign. … Ten minutes later, it was on Facebook.”

Wise took a picture of herself wearing her husband’s hat and holding his gun. But Wise said her husband was not her only inspiration. As it turns out, she’s not the only wife with a husband battling this affliction.

And she may be luckier than most.

“Our soldiers have a lot to say,” McCoy said. “They have a lot bottled up inside of them, and no one is listening. I feel like they are afraid to be able to say what they need to say, because they’re afraid it’s going to hurt their record.”

It’s a silence Wise and the other women hope to slowly break with what Wise calls “Battling Bare’s” mission.

“We want to ensure that the stigma of PTSD goes away and people talk about it,” Wise said. “That’s really the biggest thing. In talking, there’s healing and not ignoring it. Because we’re ignoring it now, and people are dying.”

Wise says she hopes to make her group a non-profit soon.