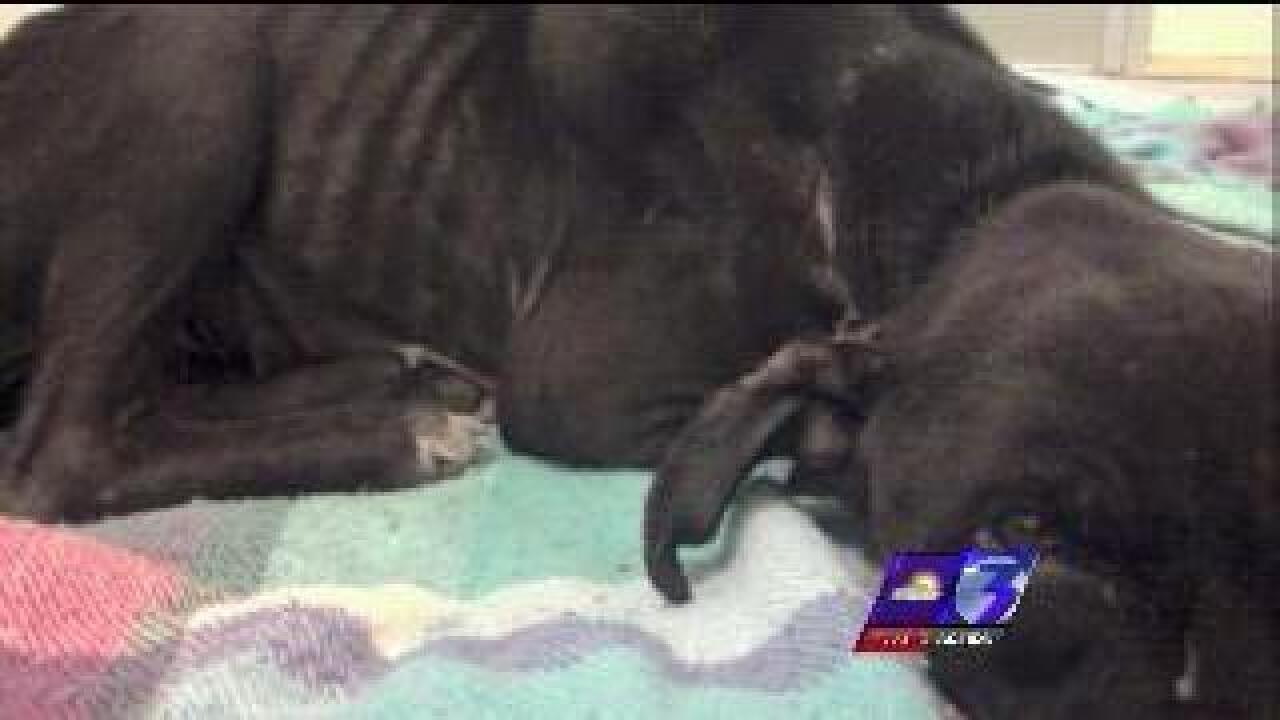 According to Portsmouth Police, officials charged 38 year-old Louis Madison Holloway, Jr. of the 800 block of Jousting Court, Chesapeake, the owner of a lab mix, with one count of animal cruelty after an emaciated dog was discovered.

They say an officer was conducting a follow-up after complaints from citizens of pit bulls loose in the area.

Two adult dogs and two puppies were seen running through the neighborhood unattended.  They were secured by officers and were in good health.

While still in the area, police say the officer found what looked like a dead dog lying next to the same house.

They say the dog was tethered on a large chain.  After closer investigation, the dog opened its eyes and appeared to be alive.  The lab mix was covered in flies and sores, emaciated and unable to stand.

The officer then transported the lab mix to a local veterinarian hospital for treatment.

The female lab mix, which has been named "Hope," is currently in the custody and care of the Portsmouth Humane Society.

"She’s doing great! She’s up and moving around. It’s amazing," Petrosillo explained. "She’s recovered so quickly – it’s been only a few weeks and she’s been amazing."

Cathy Roberts lives on Virginia Avenue two doors down from where Hope was found and watched as Animal Control took the dog away.

She says it was the first time she ever saw Hope, even though other dogs frequently played on the property.

"They cared for the puppies! The puppies ran around, played all day, you know they were out there with the puppies," Roberts said.

She couldn't believe that someone would let any animal get to the state in which Hope was found.

The Portsmouth Humane Society says Hope should be up for adoption soon and they are accepting donations for her care.

"Sometimes you see the worst of the worst, like this whole situation, but then you see the best in people and they are all coming out and supporting and so concerned about her," Petrosillo said.