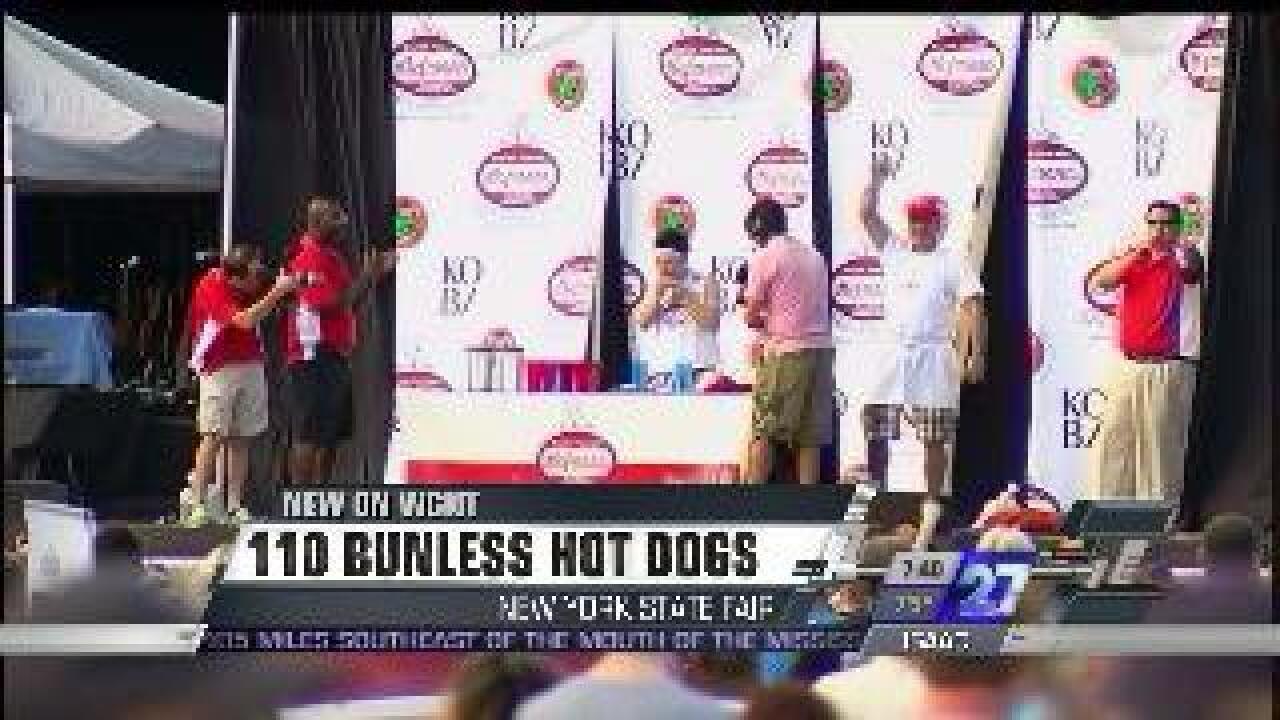 A little more than a month after winning a hot dog eating contest in New York, a well-known competitor sets a new record.

Before downing the hot dogs, Kobayashi flexed his stomach muscles for the audience at the New York State Fair.

The final tally this time was 110 hot dogs.

The event was sponsored by the hot dog company he works for, Hoffman Franks.

In July, Kobayashi won a hot dog eating contest with 68 and a half hot dogs – with buns.

He did not compete against his rival, Joey Chestnut, who won the Nathan’s Hot Dog Eating Contest this year with 68.