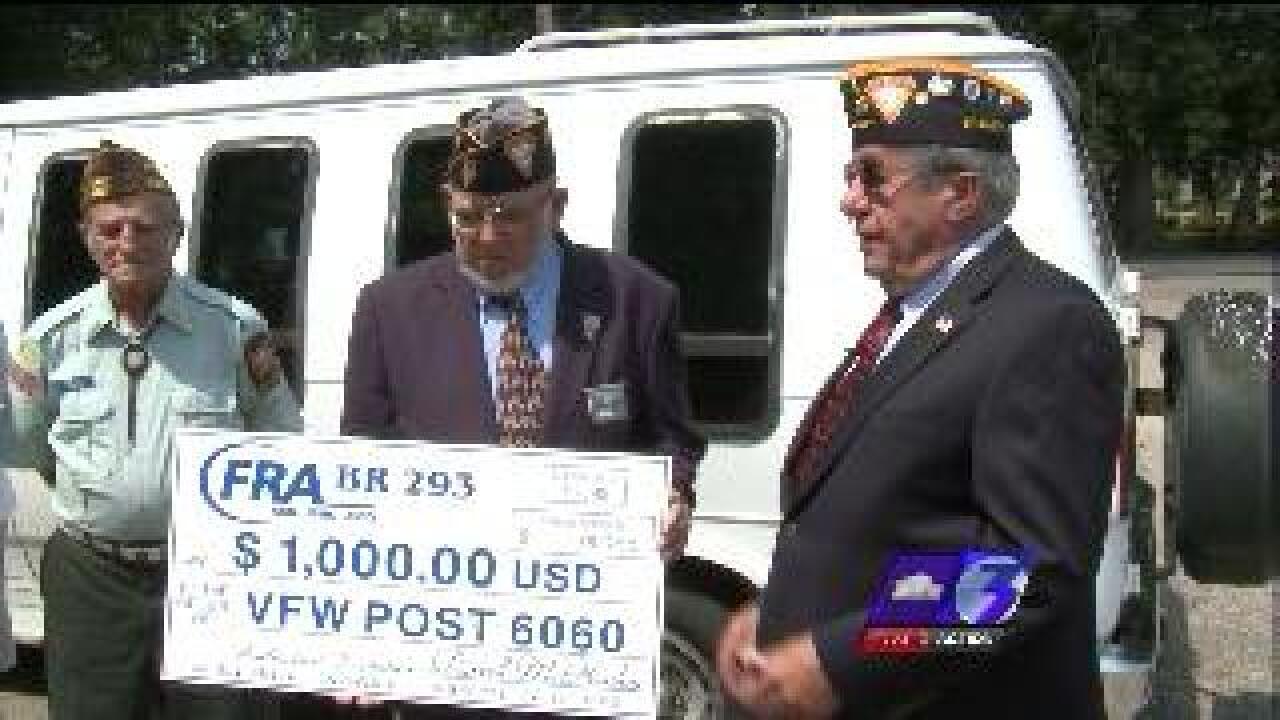 It's what they have waited months for--the final check to VFW Post 6060 in Elizabeth City for their Honor Guard Van Fund.

“On behalf of the Southern Bank Foundation, we'd like to present you with this check for $5,000. We became aware of your story, and your need to purchase a new van, and we support what you do. We love what VFW does to support our troops, to support our veterans, and to serve our communities, and we wanted to be a part of making this a reality,” said Southern Bank’s Taylor Harrell, presenting a check to the commander of the post on Wednesday.

“This is a North Carolina company actually helping--there are a lot of companies out here that say, ‘Thank you for your service,’ but that’s where it stops. These people are willing to put their money where their mouth is,” said Greg Stafford, the commander of Post 6060.

“It took a lot of folks to get to this point, but it feels good for us to be the ones to push them over the edge,” said Harrell.

The Elizabeth City post's Honor Guard travels all over Virginia and North Carolina, providing full military honors at any veteran's funeral, including time-honored traditions like the flag folding, the 3 rifle volley, and the playing of Taps.

Still, they could never depend on the old, rundown Vandura, with no air conditioning, doors that didn't close and an unreliable motor.

With a new van comes relief that they will never miss an important military funeral.

“It’s great, so awesome that we can actually get something that won’t break down,” said Monica Sandridge, the commander of the Honor Guard. “I won’t have to worry as much now. It will be a great feeling.”

Southern Bank's check was the last in a long line of donations by businesses and veterans' groups since Post 6060's story aired on NewsChannel 3--not to mention regular people in the community who just wanted to take action on their own.

“It surprises me to a certain degree how big the hearts are out in the community, and sometimes, we feel as the VFW, that we aren't making an impact, but apparently, we are,” said Stafford.

“I think everything came together when NewsChannel 3 came to our aid, the calls and the support once it went out on-air was just overwhelming, and we knew we would be able to make our goal at that point,” said Sandridge.

This is just the start of the new Community Partnership between NewsChannel 3 and Southern Bank.

Their foundation will also be helping to recognize People Taking Action and giving out even more money in the future, so stay tuned for more good news to come.