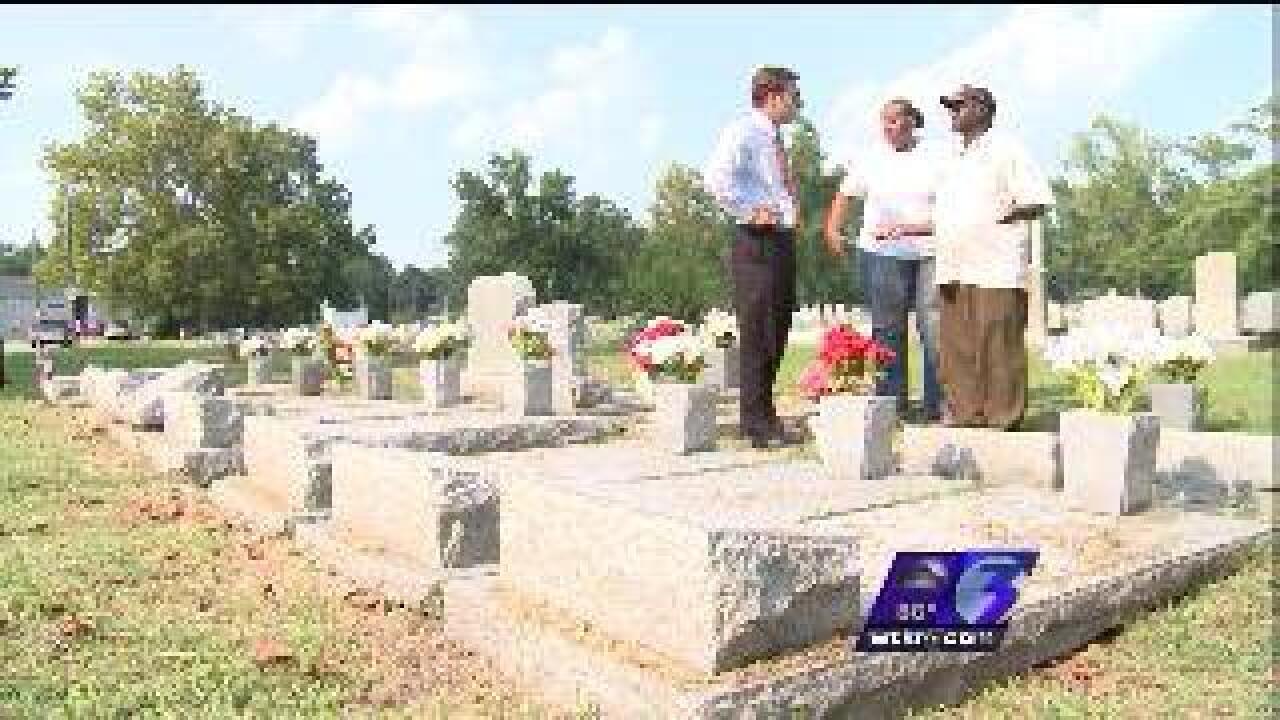 A cemetery in Deep Creek means everything to Frank Green's family. It's where he pays respects to four generations. But he says no one else is respecting it.

Three times, cars going down Deep Creek Blvd. have run off of the road, damaging headstones.

"It's devastating because as you see, we're a very close-knit family," Green said.

When Frank's sister Charlene drove by it, she couldn't believe it was happening again.

"We were grieving all over again," Green said.

They had just been out there to clean the graves and put out flowers.

"The sentiment in the family right now is we really don't want to put any bodies out right now because of what happened," Green said.

The first of Green's relatives were laid to rest at the cemetery 83 years ago.

Green says there used to be a fence in the cemetery that has been taken down. He would like it back. He would even consider a guard rail.

They would like to replace the damaged headstones, but they don't see the point of paying thousands of dollars to do so until they are assured this won't happen again.

They've tried to get the cemetery owner to fix the problem, but they feel they're being ignored. Now they are taking their fight to the city, hoping something can be done.