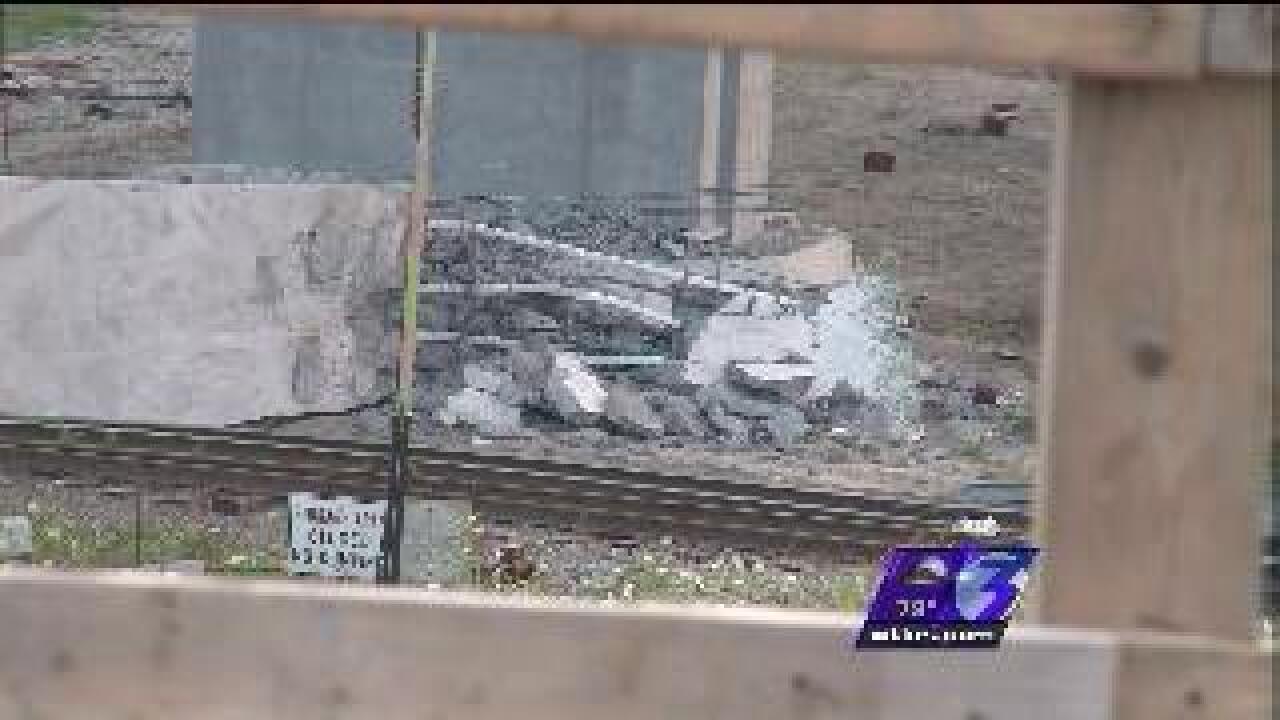 A 10-foot wide piece of the Jordan Bridge's road bed came crashing down this afternoon.

A handful of workers were hurt, nothing major though, they refused to go to the hospital and were treated on site.

It's the first safety problem in the 20-month construction, and it came less than a month before it was set to open.

“We were that close to completion; this will delay it, I'm sure, in some form,” says a worker.

But how long the opening will be pushed back is unknown.

The bridge builders will have to pay for repairs to the railroad, though because of the construction, the tracks weren't being used.

Right now, construction has been halted and officials are trying to figure out what went wrong.

The segment that fell was not set in place.

It was days away from being locked in with the rest of the bridge.

“It's scary. It makes me wonder about the quality, the quality control that's going on,” says a driver.

It was just about a quarter-mile left before the bridge was fully connected.

But because of this incident, its opening is delayed, making it a question mark instead of a route home.