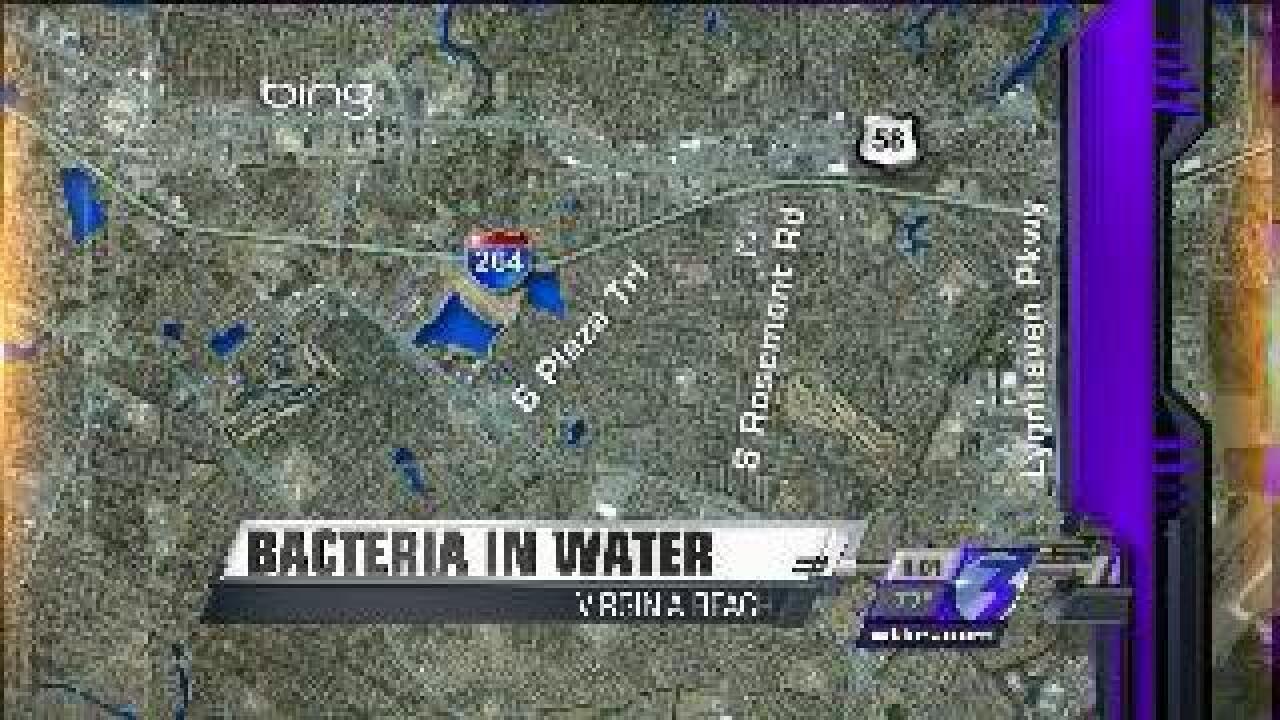 Public Works tells NewsChannel 3 the area has been re-tested and no more E. Coli showed up, but a non-fecal coliform bacteria did.

Workers were out in the area opening fire hydrants to flush the water lines.

They will have new test results from the area Saturday morning.

They do not think there is a significant health risk to the public but E. Coli can make people with weakened immune systems sick.

That's why a nearby nursing home has switched over to bottled water even though the city has not issued a boil water order.

Also, samples at the Norfolk Plant where Beach drinking water is treated have not turned up any bacteria.

Public Utilities officials believe all samples in the Princess Anne Plaza area will be clear over the weekend.