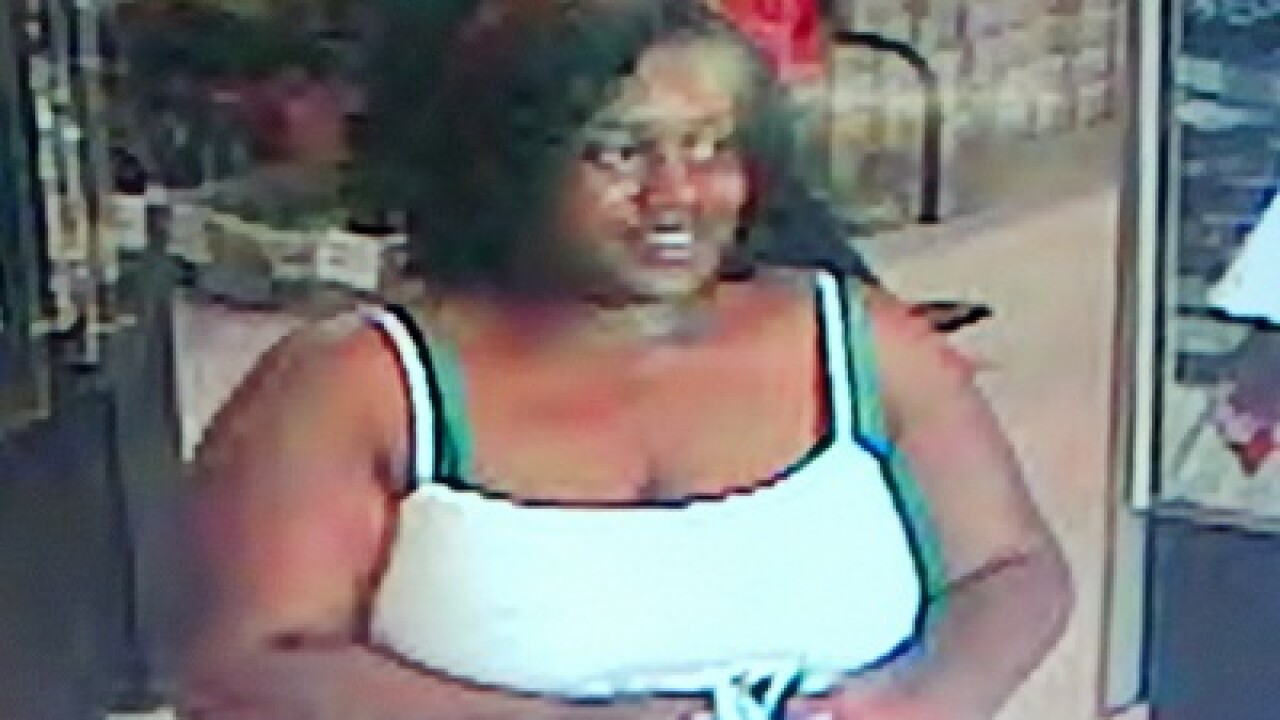 According to Portsmouth police, a woman was leaving the area of a 7-Eleven store located in the 1200 block of High Street after she made a purchase with her card.

Police say as the woman was walking to her vehicle, another woman brushed against her going in the opposite direction. Detectives believe the woman quickly pickpocketed the victim’s credit card.

Later in the day, the victim went to the bank and discovered her credit card was being used by someone else.

Detectives discovered the woman’s credit card was used at the Portsmouth Beauty Supply located in the 3100 block of High Street.

The suspect went into the store at 1:51 p.m. on May 21 and purchased $200 worth of items police say. They say the card was used in other locations before the bank deactivated the card.

If you have any information that could help police, please call the Crime Line at 1-888-LOCK-U-UP.