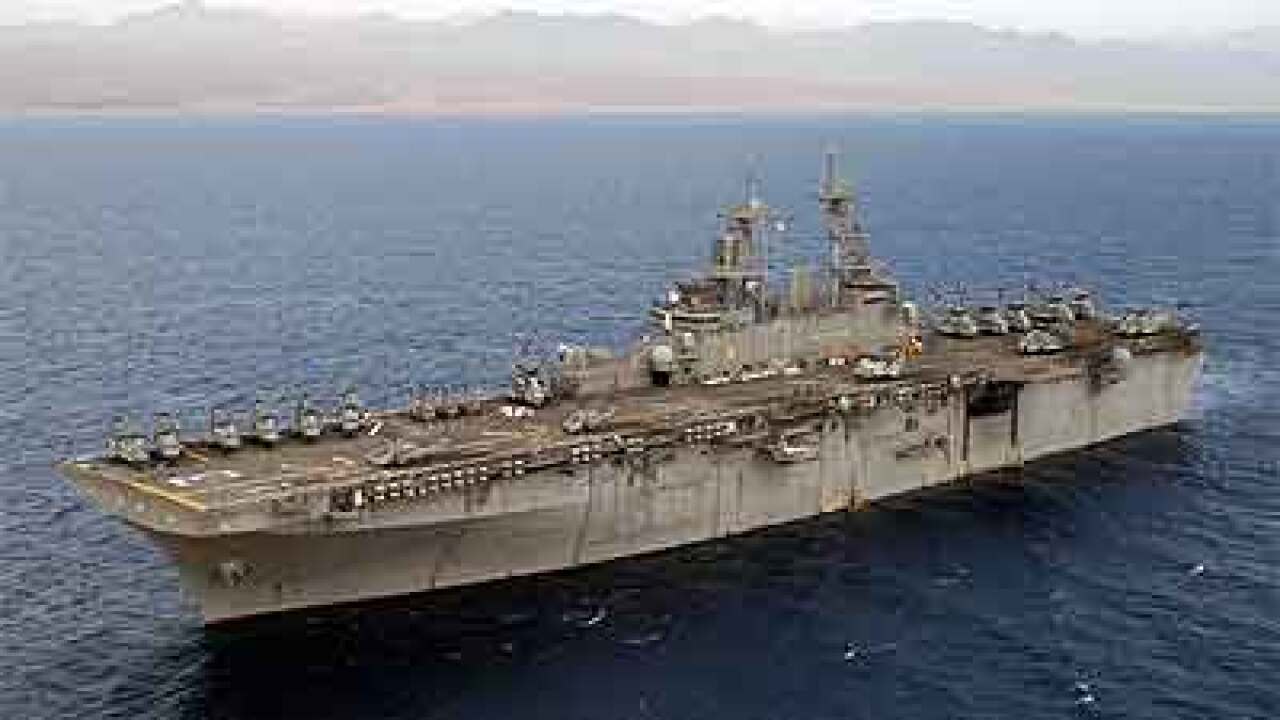 Wired’s Danger Room blog reports that the Navy will soon install a 4G LTE wireless network aboard some of its ships, allowing sailors and Marines to use their smartphones onboard.

By the end of 2012, the Navy confirms, three ships will receive a brand-new microwave-based wireless wide area network (WWAN): the amphibious assault ship U.S.S. Kearsarge, the amphibious transport dock U.S.S. San Antonio and the dock landing ship U.S.S. Whidbey Island. The ships’ communications systems won’t operate on the network — their connectivity will continue to come from satellites. Instead, Android smartphones operated by individual sailors would run on the network, something currently impossible out at sea.

The idea is to allow sailors and Marines with the 26th Marine Expeditionary Unit to take part in what the Navy calls the network’s first at-sea “planning vignette” — that is, boarding an ersatz vessel hijacked by “pirates” to send real-time data — including videos — back to the mothership.