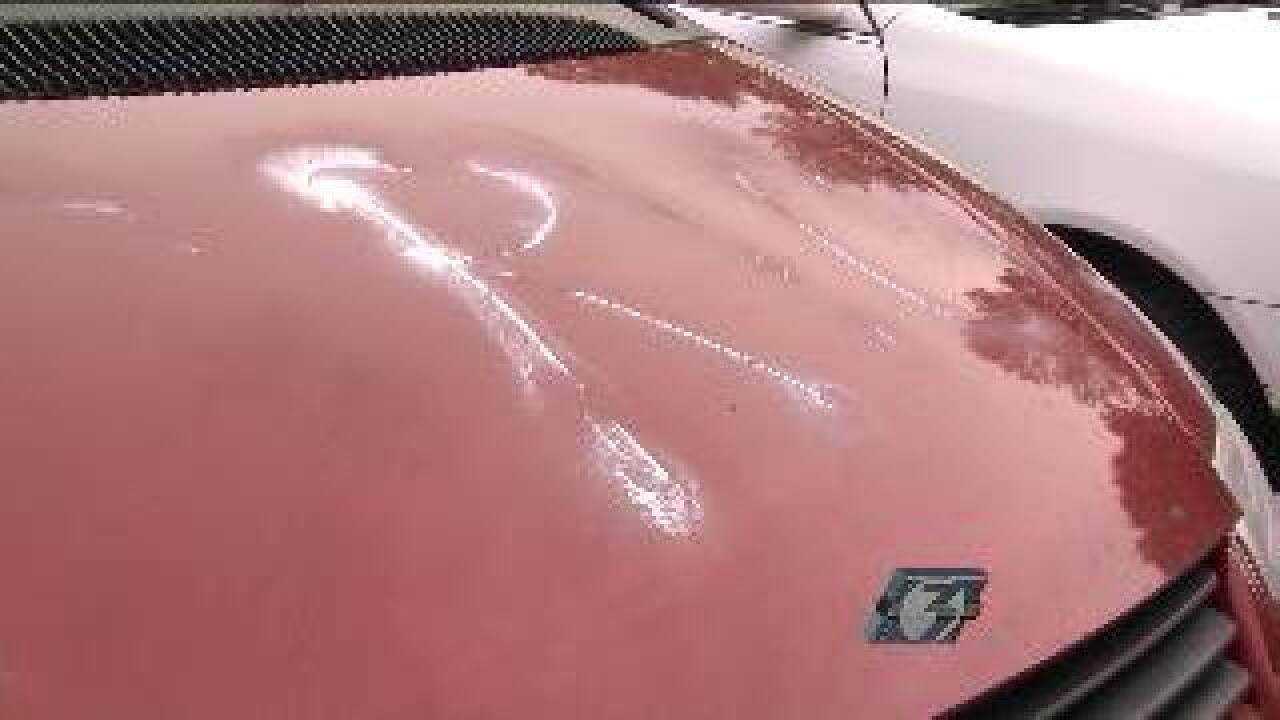 A Chesapeake neighborhood was hit with messages of hate, and one of the victims says it's bringing back memories from Vietnam.

Andy Ejma thought his days of rage were over. Then he woke up this morning and found that his two cars were keyed with swastikas and the n-word was written on them.

"As I saw more and more damage, I became angry to the point where I wanted to kill somebody," says Ejma.

Discipline in the Navy and hard work got him the quiet retirement he didn't think was possible.

Life in Great Bridge is quiet and calm, just what Ejma needs. The vandalism has put the Vietnam vet's head in a place he doesn't want it to be.

"Now this has brought about, you can see I'm shaking because it's like it's happening all over again. I don't need that. And whoever did this to my truck he better not come around this house. If I find out who he is, they're going to have to detain me," says Ejma.

Two of his neighbors had their cars keyed, too. His neighbor across the street has put up magnetic stickers until she can get her car detailed.

Whoever did it may have left a clue; the name Rick is written in a couple of spots on two of the cars.

"If I've got any enemies, I'd like to know where they're at."

The neighbors off of Summit Ridge Drive all suspect this was done by teenagers looking for fun, but Ejma doesn't like being the butt of anyone's joke. The damage will cost him 1, 000 bucks.

"I've spent most of my life trying to get my act together, got everything paid off, and then they start doing this stuff to my vehicles," says Ejma.

This happened sometime between 9 Thursday night and six Friday morning on Summit Ridge Drive off Mount Pleasant Road in Chesapeake.

If you have any information that can help police, take action against crime and call 1-888-LOCK-U-UP.