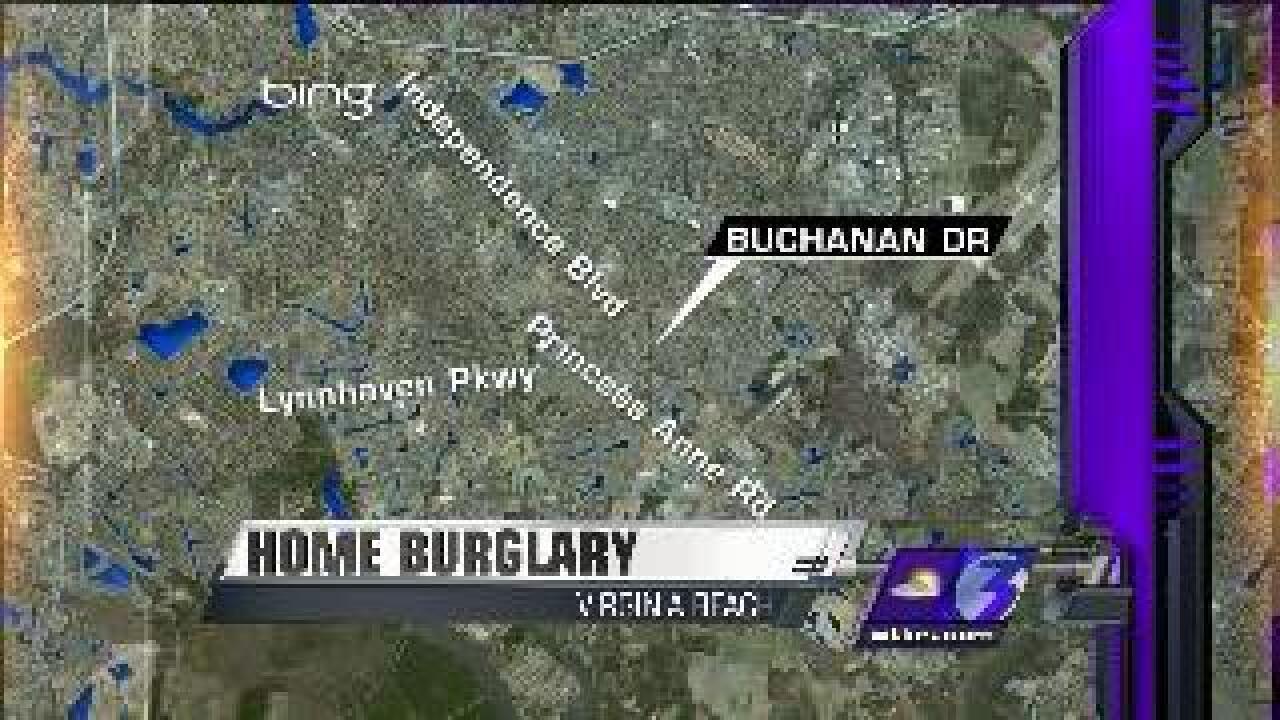 The thieves barged in during the middle of the day police say. They busted right into a home on Buchanan Drive right near the intersection of Independence Blvd. and Princess Anne Road in between the Salem and Green Run sections of the city.

The victim didn't want to be identified he says almost $13,000 in electronics and other possessions were stolen.

The victim says he had gone out for a walk Thursday to enjoy the nice weather. A few hours later, he returned home and saw the damage to his door jam.

“Most people are at work or at school or somewhere during the day, and a lot of burglaries do occur during the day time when people are away from their home,” says MPO Jimmy Barnes, of the Virginia Beach Police Department.

Barnes says there have been other burglaries in that area. In fact, he says three homes were burglarized just this month.

Neighborhoods like Cedarwood, Pelican Watch and Mackenzie Bay were hit

“That's an increase for us over in that general area. We've had issues before with these types of crimes, burglaries in those specific areas, and again, they seem to come and go," says Barnes.

Police say while they do conduct patrols, they want people to take action against crime and call police if anything looks suspicious.  In this case, the victim says he doesn't know who would do this, but he is hoping his possessions are found.