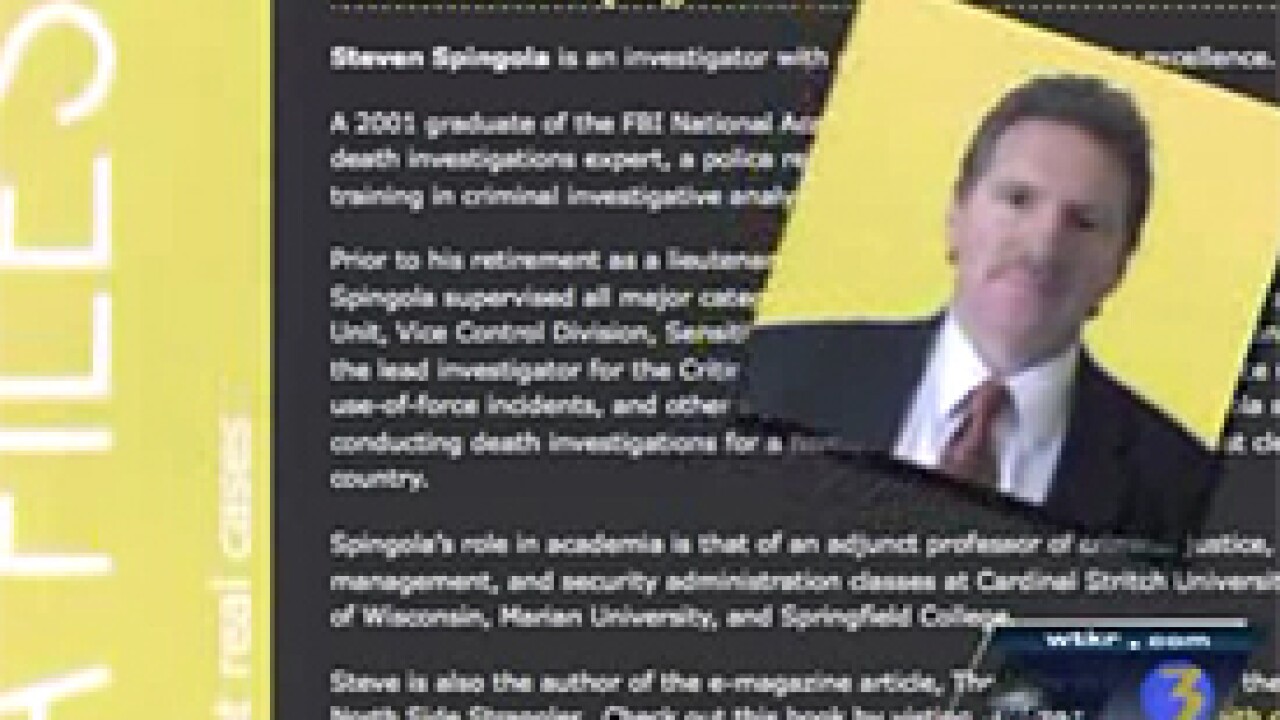 The Colonial Parkway murders may not be the work of a serial killer.

They may not even be related. A retired detective delivered that report to the families of the victims this weekend.

It's hard for the Colonial Parkway families to imagine what's worse: that four couples were murdered by a serial killer who has never been caught, or that four separate killers took the lives, and none have been caught.

Steve Spingola, a retired and respected murder investigator working for the families, believes the murders are the work of separate killers. He posted his analysis on his web page over the weekend.

Spingola believes the first killings, of Cathleen Thomas and Rebecca Dowski look more like a hate crime than a serial killing. The women were lesbians and just beginning a relationship when someone attacked them on the Colonial Parkway in 1986. NewsChannel 3 showed you months ago that's almost exactly what happened to Lollie Winans and Julie Williams, killed 10 years later on a hiking trip near Skyline Drive. Spingola believes someone with a hatred of lesbians is behind both crimes.

Among the investigator's other findings:

Keith Call and Cassandra Hailey were not killed on the Colonial Parkway. Spingola believes Keith's car was abandoned on the Parkway but the murders happened elsewhere.

Keith's Aunt Lou Call has always thought that as have some investigators in York County.

The murders of David Knobling and Robin Edwards on Ragged Island in Isle of Wight, likely happened after a robbery. No one has said that before, but Robin's sister Janette always wondered about that.

"I think that that is a good possibility. Robin's purse, and personal belongings, have never been recovered."

And the slayings of Daniel Lauer and Annamaria Phelps were the work of a police impersonator. Their car was found an Interstate 64 rest area in New Kent County, and their bodies were found weeks later by hunters.

Police officers, either real ones or fake ones, have been on the FBI's suspect list for decades.

The FBI has long conceded it has no evidence that points to a serial killer in the Parkway cases. But, the lead agent says his team is working these crimes as serial murders because of the similarities in the cases.